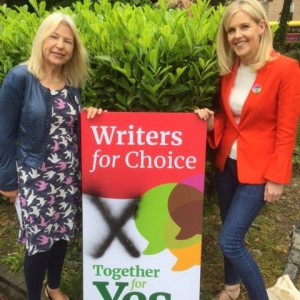 It’s been quite a week in Ireland. After a sometimes divisive campaign, we voted, overwhelmingly to repeal the eighth, and put an end to years of sadness for Irish women, forced to leave their country to have an abortion. PLast Monday, as the campaign neared its end, a large group of us joined TD Josepha Madigan for a photo call.  Heroes Tara Flynn and Marian Keyes were there, and there was a wonderful feeling of unity 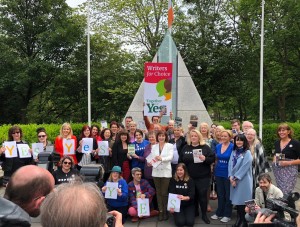