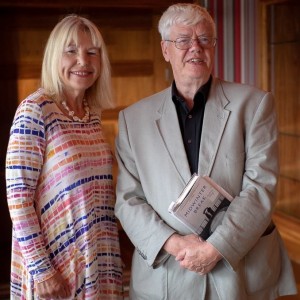 I first attended the West Cork Literature Festival back in 2009 – appearing on a panel on ‘How To Get Published.’  I’ve been back every year since, in various roles, such as teacher, (In 2010, of freelance journalism,) as a participant, talking about my book, Keys to the Cage in 2010, and about Ghosting, in 2014, when the book I wrote with Marie Fleming, An Act of Love, was newly released.

This year, my tenth, proved to be one of the best ever. I was lucky enough to interview/moderate, five events. Bernard McLaverty had the audience enthralled as his colourful anecdotes proved he can talk almost as well as he can write. Louise O’Neill held the audience captive, talking about Obsessive Love; Allan Jenkins joined Richard Beard after conducting the festival walk, for a fascinating encounter in the amphitheater of Bantry’s National Learning Centre garden centre – where the two of them discussed their memoirs of childhood – both concentrating on lost brothers. Denyse Woods and Katharine Weber discussed their powerful novels in the library.

For my last event, I joined Alexandra Heminsley in the Tea Rooms at Bantry House to discuss her foray into sea swimming. Following this, thirty-ish of us, plus a couple of dogs, plunged into the – incredibly balmy – sea for the festival swim. Thank you, jellyfish for staying away. (last year’s swim was cancelled because there was such a proliferation of the creatures.)

In between all that, it was great catching up with so many friends over a gin or three, in Ma Murphys.  Roll on next year! 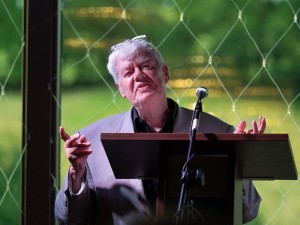 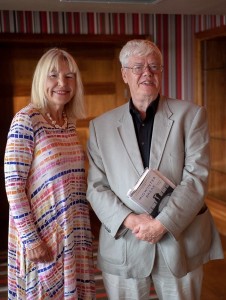 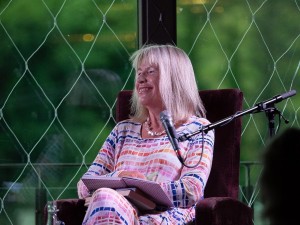 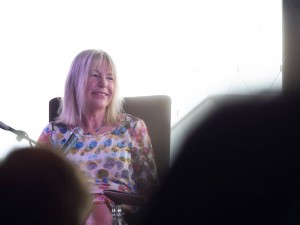 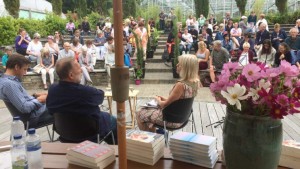 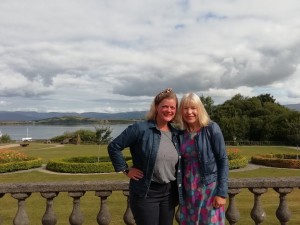