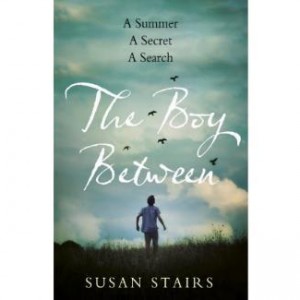 IT’S Christmas 2010, and the snow is falling fast. The weather prevents Dublin barrister, Orla, from returning to her parents in their rural village, and her mother, Mags, is so upset that she postpones the celebration until Orla is able to make the journey.

And when, days later, they finally eat turkey together, Orla’s father hands her a photograph, taken years before, showing himself and his pregnant wife, their arms round a teenager with a mass of blond curls.

Orla is perplexed. The photo, clearly, was taken in 1983, the summer she was born. She questions her father, but he clams up, asking her to forget she ever saw the photo. But Orla can’t let it go. With the help of her partner, the campaigning barrister, Luke, she starts to dig around and find out who the boy might have been.

Some clues emerge, but why are her former neighbours so tight lipped, and what can have happened to the boy?

For this, her second novel, Susan Stairs tells the story in interspersing chapters, taking us back to that fateful summer.

We learn that the teenager, Tim, is Mag’s nephew, and he travels to Ireland from London. It’s a strange summer for the 14 year old. He falls in love, with local girl Maeve, but he has a rival, and life doesn’t go according to plan.

He’s confused by his aunt too. She has strange moods, and is clearly keeping secrets – and not just from him.

He confides all this to Maeve, but she has problems of her own.

She misses her father, who abandoned his family some months before, and it falls largely to her to care for her unruly siblings.

When Maeve’s mother and Mags head off to Dublin together, Tim and Maeve are bemused.

They try to unravel the deceits of the adults, but tragedies ensue, before they can guess the full truth.

Stair’s debut, The Story of Before, was a psychological thriller set in 1960s Dublin in a housing estate. Widely praised, it captured that time well.

In this book she brings the ’80s to life, showing the innocence of those days, along with the hardships. We’re introduced to the villagers; from the nosy shopkeeper Katty, to Barry, the delivery boy and rival to Tim in love, who makes the English boy’s life a misery.

Less plot based than the debut, this novel is slow moving at times.

But it’s strong on character, and gives a painfully realistic glance at the agonies that first love can bring. Trying too hard to impress Maeve, Tim ends up suffering alienation and loneliness.

Back in present day Dublin, Luke, battling to prevent a black teenager from being deported, starts to tire of Orla’s obsession with the photograph.

This causes strain between the two.

The pace picks up towards the close, as Orla comes closer to discovering the secrets of the past.

And if the final big reveal, told in a letter, lacks dramatic tension, it brings home the message that secrets, however well intentioned, are rarely told for the good.

The Story of Before could loosely be called a crime novel; The Boy Between, with its more subtle plotline is less easy to define.

It’s a domestic drama based on the secrets people keep, and the effect of the past on the present.

If it carries a message, it’s a warning to be truthful to the ones that you love.

The more you try to hang on to someone, telling whatever story you think might keep them happy, the more likely you are to lose them.