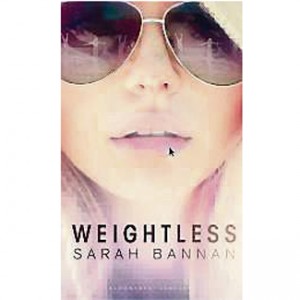 SARAH BANNAN hasn’t always wanted to be a writer. Passionate about reading, she has been more than content to work in the book world, and mingle with the writers she so admires.

American born and bred, she’s lived in Ireland since 2000, and is on a leave of absence from her job as head of literature at the Arts Council. It was while there that she first thought that maybe she had what it took to put pen to paper.

“Because of my job I was always reading, and I went to a lot of events and met writers. I’d always thought authors were these other-world beings, and though I was always in awe of the writers I met, I realised, eventually, that they were just people. I thought maybe I could do this. Maybe the fact I read so much will help.”

Finding a subject wasn’t hard. Sarah wanted to write about her home town in Alabama. Moving there over 20 years ago, at 13, she felt, very much, an outsider.

It was a small town — everyone had known each other from birth, and though Sarah made friends and had a good experience in the church that was so much a part of the life of the town, she could see the hypocrisies, and could study, from a slight distance, the customs that bred rivalry and meanness in a smalltown high school.

She was mulling it over when the case of Phoebe Prince was first reported, back in 2010. A new girl in town who committed suicide, the case was initially reported as a pack of mean girls who had bullied a girl to death.

“But as time moved on, it turned out to be more complicated than that,” says Sarah, who was reading Emily Bazelon’s reports in Slate.

“It turned out that the so-called pack of mean girls didn’t even know each other well, and Phoebe had suffered depression in the past, and had bullied girls in her previous school. It was a lot more complex.

“That case led me to a book Emily had written — Sticks and Stones — about bullying in a digital age, and how to get young people to develop empathy. She concluded that as a problem, bullying is overdiagnosed, and although the internet makes it more visible, it was always there.”

Laughing, Sarah tells me an anecdote about her father, who, having read her book, claimed that there was no bullying in his day, and no teenage peer pressure either.

“I mentioned a girl I remembered in middle school, who was very slim, but who went on an extreme diet, and he said, ‘Oh yeah, it was the same in my school. I remember a bunch of girls went on echo trim, some diet drink.’

“Then the next night he mentioned that a next-door neighbour had pulled a shotgun on him and said, ‘I will shoot you unless you do what I want you to do,’ and I said, ‘Really Dad? No peer pressure and no bullying?’ and he said, ‘Oh yeah, I guess there was. Yeah, yeah’.”

Shortly after reading about Phoebe Prince, Sarah was accepted for the Faber novel- writing course with James Ryan and ?Eilís Ni Dhuibhne. She set to work, trying to capture the mood in a small town, and the way growing up in one works.

“Also, on the way, rumour operates. I was thinking about the gulf between what people remember, what is reported, and what actually happened. What about the teenage girls who aren’t in the cool gang but are desperate to fit in? What does it mean to be passive and what does it mean to observe?”

She settled on a first-person plural voice with an unnamed narrator, and her named group of friends. They notice when the new girl, the perfect, beautiful Carolyn arrives in the town; they see her with one of the school’s football heroes, who now dumps his old girlfriend for Carolyn.

They’re fascinated by Carolyn and amazed when, though she makes number one on the school’s hotlist, she defies convention and joins them on the swim team — something the other cool girls would never consider, busy as they are being cheerleaders.

The thought of seeing the action through their, often unreliable eyes, made Sarah’s tutors anxious.

“They worried that I wouldn’t be able to sustain the voice. We were reading James Wood’s How Fiction Works at the time. He says there are many windows into a novel but only a few doors.

“The first person works, so does the third, but rarely the second person or first-person plural. So I knew it would be a challenge to write and a challenge for the reader to connect with a group who were faceless, so I tried to intercut with other material.”

It works brilliantly. At one point the girls find Carolyn’s bag and rifle through the contents. They tell a few people what they found, exaggerating a little; saying they found birth control pills, when actually they were ibuprofen, saying she carried Slimfast, when really it was sugar-free gum.

When later, the story is reported back to them, they’re told the bag held ecstasy, razor blades, and copies of Playgirl, and they wonder if someone else had found the bag at a different time. “Because what we heard back just wasn’t the same.”

Sarah worked hard on her manuscript throughout the year, and ended up with 50,000 words. The class then put together an anthology of sample chapters and sent it off to various agents.

“And in June 2011, the agent Sarah Williams got in contact with me and said she wanted to see the whole book. I didn’t have the whole book and by now I was pregnant. I put myself under pressure to get the book finished before the end of August, because the baby was due in November, and, working full time, I didn’t think I’d have time to write, ever again.

“Sarah Williams got back to me in September, and said, ‘No. The book’s not there yet. It’s not for me.’ I was in desperate despair. I did a massive rewrite on maternity leave, getting rid of the first-person plural. I tried different points of view; I tried to make it into a young adult novel, but at a third of the way through the redraft, it was up to 100,000 words.”

At this point, Sarah’s husband Duncan Keegan advised her to go back to the original manuscript, and read, carefully, exactly what the agent had said.

“I realised I had panicked and thought because she hadn’t liked it that the whole enterprise must have been wrong. I reworked the original manuscript, giving it better structure, and leaving more unsaid, and I asked other people to read it. John Boyne did so, and gave me some excellent notes. I used those, and when I resubmitted, Sarah said, ‘It’s great! I’ll be happy to represent you.’”

Selling to the US first, the book went to auction in June 2013. Sarah was on holiday at the time, with Duncan and baby Niamh in Castletown House, Celbridge.

“I was putting Niamh to bed when the phone rang. Duncan went into town to buy champagne, but it didn’t feel real. I’m always afraid of celebrating anything in case I jinx it! But it was a great feeling knowing that some people had read it, and had liked it; just a good feeling.”

The Bloomsbury edition of Weightless comes garlanded with praise from Colm McCann, Roddy Doyle, and John Boyne As well it should. It’s a compulsive, clever read, and leaves you thinking through the issues of bullying with new eyes. Which is exactly what the author hoped for.

“I didn’t want Weightless to have a message. I didn’t want it to be didactic. I just wanted it to ask questions.”