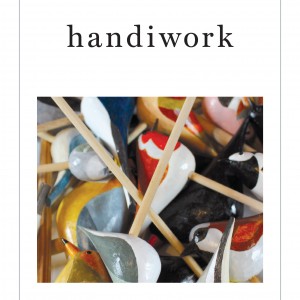 Four years ago Sara Baume was scheduled to go to Berlin for a three-week writing residency. She packed and set off, but when she reached Dublin airport she sat on the floor, and couldn’t bring herself to board the plane.

“I had this very powerful sense that I didn’t want to go,” she tells me on the phone from her home in West Cork. “I was afraid of being by myself in a strange city. And besides, when, in 2015, I did three months in Iowa as part of an International Programme, it was a rich experience, but I was so horribly lonely that I hadn’t been anywhere else since.”

Laughing wryly, she explains that 2016 was the year her dad died, and she wasn’t thinking very logically.

“I’m very attached to my partner, and to my dog. I’m with them nearly constantly, and when you’re here you barely notice them, but when you go away you feel you’ve lost a limb.”

Sara met her partner whilst she was working in the Douglas Hyde Gallery, whilst she was studying Creative Writing at Trinity College Dublin. They’ve been together now for ten years. And their first of two dogs, a damaged terrier called One Eye, was the inspiration for Sara’s prize-winning debut novel, Spill Simmer Falter Wither.

The success of that novel has allowed Sara to write full time.

“My boyfriend does a bit of teaching, and between that, and grants, I don’t have to apply for the residencies like a lot of my peers do. I know I’m lucky, but I’m living on my savings, and am constantly looking over my shoulder – so there is a certain amount of anxiety.”

When I’ve interviewed Sara in the past – for each of her first two novels, we’ve met in the Library Bar in Dublin’s Central Hotel. We meet on the book launch circuit too, but in general Sara lives the quietest of lives, tucked away in her rural hideaway. So I imagine the current Covid Lockdown means life continuing as normal?

“You wake up and think everything is the same,” she says, “and yet it’s completely different. I’m going through these strange emotions.  As time goes on you get the itch to see people and I’m not going to be able to satisfy that.”

It’s especially hard, she says, that the usual publicity tour for the book isn’t happening.

“I had a lot of Irish festivals lined up this year, and I was looking forwards to being on the circuit. It’s weird. Part of me is relieved to be stuck here, because I find the public side of writing uncomfortable, but then again I quite like the social side that goes along with that. I’d certainly like everything to be back to normal.”

Sara has always enjoyed making things – after school she studied sculpture at The Dun Laoghaire College of Art and Design, but it wasn’t the best experience for her.

“Looking back I was trying to do what I thought I ‘should’ be doing making the kind of work that would be approved of. It’s like when, as a new writer, you write the kind of novel you think an agent will like. It took me years to realise you have to be true to yourself and hopefully enough people will see that.”

Writing success came easily. Whilst at Trinity, Sara had her first short story published in The Stinging Fly. A few more followed, and she won the prestigious Davy Byrne Prize in 2014. But it was the exceptional inventive novel, Spill Simmer Falter Wither brought out with Tramp Press, earning a clutch of awards and shortlisting’s that really got her noticed.

The last time I interviewed her, for A Line Made By Walking, she was feeling disenchanted with writing, and was determined to go back to creating things.

“I said, ‘I’m not writing anymore,’ and for a long time I didn’t feel like pursuing the career path of a writer. I was spending a lot of time working with my hands, but at the same time, I felt bad that I was working against my own writing career and I wanted to justify all the time I was spending not writing.”

At the time, volumes of memoir were enjoying a publishing renaissance, and although Sara’s new book, Handiwork, is one of the finest examples of the genre, she swears she didn’t set out to write it to meet the trend.

“I just started to write down my process of working,” she says. “And after my Dad died in 2016, migrating birds, my dad’s model railways, and my grandfather’s model horse carts started to show up in my work, and I wrote all of that down, and after time my writing accumulated. I was reading all these brilliant non-fiction things, and that gave me permission. I realised I’d kind of written one.”

Handiwork is a stunning illustrated slim volume recording the ritual of Sara’s working day – moving from room to room in a gentle kind of harmony, interspersed with moments of memoir. It’s a perfect, calming, read for our troubled times, and made me envy her the enchantment of her working day – or at least her deep contentment.

It took Sara a while to miss her father. An Englishman from Thirsk in Yorkshire who had worked on gas lines before moving his family to Ireland, he and Sara hadn’t been close.

“He was an absence when I was a child. He was always in the shed, and as a teenager we clashed a lot. I was vegetarian and in the arts and he didn’t get that. It was only when I was in college and making sculptures that we became close and I realised how similar I was to him.

“He wasn’t a part of my daily life, so I didn’t feel his absence keenly, and that’s why the book took so long to permeate. Over time, logistical questions that I would have asked him presented themselves, like how to mend my mechanical saw. I felt I owed it to him to record that connection, and to talk about the compendium of stuff that creates an autobiography of his life.

“After he died my mum put together photographs of all the things he had made – the garden path; the garden gate; the various different cattle troughs. I wanted to commemorate that in some way.”

Sara has always been close to her Irish mother, and credits her with handing on a love of books. As an excellent editor, she has become Sara’s first reader.

“Even to this day I send everything I write to my mother; in case I’ve used a word in the wrong context. I ‘m superstitious about it! Her background is report writing but she can see when I’m bullshitting or when something is inauthentic.”

Sara is now working on a new novel.

“It comes out of the same place as Handiwork. It needs a lot of tightening, but there’s no excuse not to patch it up this year.”

Sara’s life and routine seem tightly controlled, and she writes of refusing a spliff for fear of losing control.

“I’m very ordered and controlling when it comes to the projects, yet my house is a mess,” she says. “I don’t have kids because looking after them would cause a lack of control. I’ve been thinking about that recently, because we’re at the mercy of this pandemic. And there’s nothing I can, personally, do about it.”

Published in The Irish Examiner on 9th May 2020.