Running the gauntlet to lose weight 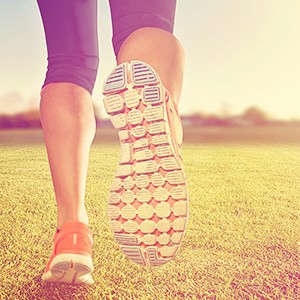 This time last year, Saturdays were a leisurely affair.

I’d drift out of bed at 9.30am, soak in a bath, then spend the morning perusing the papers over copious cups of coffee. These days, 9.30am sees me standing, shivering in running Lycra, with up to 500 other people, on the start line of the regular Marlay Parkrun.

Shortly after 10, I’ll be sprinting over the finish line having completed my 5km. And I’ll be buzzing. My friends, convinced that I’ve lost my marbles, tell me that they couldn’t possibly run. Last year, I said the same. And I believed it. I didn’t even mean to take it up.

I was born with a narrowed heart valve which makes me short of breath, and I firmly believed running was beyond me. I’m almost sure a doctor once told me so.

My conversion started when Wicklow town formed a group in alliance with RTÉ’s reality lifestyle show, Operation Transformation. Needing to lose a lot of pounds, I joined up. Two weeks in, the power walk up the hill in the town had me gasping. The following week, I tried to sneak home after the weigh-in. But our persistent coach pushed me into it, and that time, I made the top of the hill without losing breath. Lesson one; it was my fitness at fault, not my heart.

Two weeks on, our bi-weekly walks became brisker. Slow up the steep hills, I found myself running downhill to keep up. It felt good, and I tentatively tried running a bit further. By the Wicklow Operation Transformation Fun Run in March, I could manage a minute of running, provided I then walked for three. I completed the 5k in 43 minutes. Sprinting over the finish line, I was hooked.

Then my daughter told me about Parkrun; a free, weekly timed run that had just arrived in Ireland. I was thrilled to run/walk my first in 37 minutes, and happier still, when my time gradually shrank to around 34 minutes.

In May I joined my son-in-law at 4am in Newbridge House, for the Darkness into Light run in aid of Pieta House. By this stage I was a serious addict, never missing a Parkrun, and running for two or three days in-between.

Like other addicts, running was never pure pleasure for me. At times, gasping for breath, it was sheer hell; but it was worth it for the way it made me feel afterwards. Arriving home, I’d be on a physical high, brim-full of energy. My brain would be clear, my stress would have gone, and best of all, I was shrinking.

That wasn’t all because of the exercise; after Operation Transformation, I’d signed up with Linda O’Leary ofhealthlifebalance.ie. I’d interviewed her for this newspaper, and found her approach to nutrition inspiring. By changing my attitude to food, I lost two stone and hit my target by August. With a BMI of 22, I’d transformed from a large size 14, to a standard 12.

Since then I’ve maintained the weight, but through running, have lost yet more inches and am now a size 10. It’s a huge confidence boost, and clothes shopping has become a sheer joy.

I wasn’t exactly a conventional runner; and was not training up the way new converts should. Rejecting the couch to 5k plan, because, I decided, I couldn’t do slow and steady, I’d set off like a hare, then need to walk for a few paces to recover. I drove the Parkrun joggers nuts, especially when I passed them out at the finish.

Running addiction isn’t all about the physical art of running; it extends to a lust for the clothes and accessories too. At the start I was happy to wear my grotty old tracksuit bottoms with a T-shirt, and my ancient tennis shoes. But soon, I realised the sense of buying good runners.

Next came the Lycra running gear; all bought at budget prices in Aldi and Lidl. I’m now the proud owner of two pairs of running Capri tights; two long sleeve tops; three short sleeve, and two vests; base clothes, two waterproof tops; one jacket, one waistcoat, water bottles, running earphones, an arm band and waist band for my phone; flashing armbands, and numerous pairs of running socks. Best of all is a running watch with a heart monitor, given to me by my daughter, who feared, without it, I’d push myself to the death.

In November, I joined a group in Wicklow, who were facilitating a couch to 5k training course. And I discovered, belatedly, that slow and steady does work. I ran the first 3½km of the Mark Pollock Run in the Dark without pausing to walk. And in January, I finally ran a whole 5k. I’ve since run 7k, and am aiming for 10k.

I now run with Wicklow Runners. It’s an informal group organised through a Facebook page. I’ve discovered that running with other people is fun; and that it is possible, and great, to talk as you run.

* Every time I sprint over the finish at a Parkrun and pass a few people out.

* Running along the coast in the Isle of Wight to meet my mother for lunch.

* Running with my son-in-law, daughter and grandsons. (Well, running in the same timed 5k, and seeing them at the finish.)

* That moment when running becomes relatively easy (usually around 2.5k.)

I read Running Like a Girl by Alexandra Hemisley. She trained for a marathon, but it was her honesty and agony at the start that had me nodding in recognition. “People who think they hate running think people who enjoy running feel what they feel on their first two runs,” she says. “They don’t persevere to the point where their body says, ‘It’s OK, I can process oxygen now’. They never know the joy of running 10k along the coast in the sun.”

* Don’t invest in specialist gear until you know running is for you. Then have a gait test on a treadmill, and buy good trainers.

* Wear less clothes than you would to walk.

* Run with a friend, join a group or club.

* Listen to your body. I got burnout and took 10 days off. I then ran better than ever.