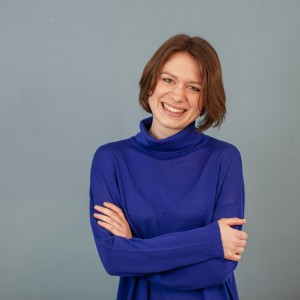 Last year, Beth O’Leary produced a debut that really hit the spot. Warm and clever, with characters one wished were friends, The Flat Share featured two people who share a bed – but at different times, so that they never actually meet. Fitting into the genre which insiders call Up Lit, it proved to be a hugely popular bestseller.

And if such heart-warming novels have been in vogue for the past couple of years, they’ve become almost essential reading in our current troubled times. Many people are experiencing ‘reader’s block’ right now, and are finding concentration almost impossible. So the release of O’Leary’s follow-up, The Switch, comes at a most fortuitous time. But was the author a one book wonder, or would she be able to produce the goods again?

The Switch opens with a disastrous business presentation. A high-flying young executive, Leena, has lost her edge. She’s suffering panic attacks, and were it not for her safety net, in the form of her boyfriend, Ethan, she fears she’d lose the plot altogether. But she lives for work, and when her boss insists that she take two months holiday in order to deal with her stress, she can’t imagine how she exist.

Grieving the death of her sister, she’s fallen out with her mother, and this worries her grandmother. At 79, Eileen Cotton is in a rut. Her husband of many years has run off with another woman. She doesn’t miss him – it was a loveless marriage – but life has taken on a certain tedium. She’s living, and pretty much running a small Yorkshire Village, but she craves excitement. Is it too late to chase the adventure she craved as a young woman, and to finally find romance?

When Leena visits Eileen one weekend, the women hatch a plan. Why don’t they swap lives for the two months of Leena’s leave? Eileen can experience life in London, whilst Leena will take over her grandmother’s role of organising and attending meetings. She’ll be near her mother. Perhaps the two will sort out their differences.

The experiment starts badly. Living in an apartment block with Leena’s young flatmates, Eileen feels out of place and lonely. As for Leena, her excellent organisational skills are not appreciated by the villagers. She’s missing her boyfriend, Ethan, whose promised visits don’t materialise, and she’s completely at odds with Jackson – the one eligible man; a divorcee whose daughter is living in the states.

The two are complete opposites. When he complains about her directness, she says,

“Mm. I get forthright a lot in my appraisals at work.”

Aileen fares rather better in the romantic stakes. Internet dating, she has a satisfactorily torrid affair, much to the delight of her granddaughter’s young friends.  This delightful novel charts both women as they throw themselves into their new roles, making mistakes, but mostly spreading joy and goodwill. And whilst the plot – and especially the happy ending is a tad predictable, this novel is a brilliant boost for the older women. It shows a feisty side of ageing not generally portrayed in fiction.

Beth O’Leary worked in publishing until the success of her first book allowed her to write fulltime, and it’s clear she knows how to write a bestseller. Marian Keyes endorsed The Switch, and the two writers have a lot in common. Both write with warmth and humour, and yet tackle the darker side of life. It’s a winning combination.

The Switch by Beth O’Leary.