Review. The Danger and the Glory. Irish Authors on the Art of Writing 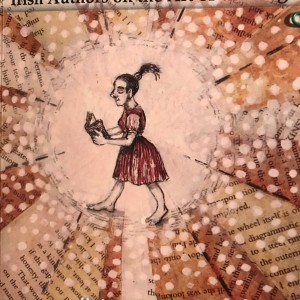 How do writer’s write? Where does their inspiration come from, and what is their process of putting their words on the printed page? All this holds endless fascination for passionate readers, and for those who, eager to start their own creative career, hope to learn that magic formula, or at least some tips that will set them on their way. The popularity of literary festivals, creative writing classes and seminars is testament to that.

In the pre-internet days, when it was nigh impossible to meet the authors one admired in print, and, before the publicity machine cranked into overdrive, writers wrote; but rarely engaged with their public.

In Dermot Bolger’s essay in The Danger and the Glory, a newly published doorstopper about the art of writing, he wonders what Patrick Kavanagh’s Monaghan neighbours would have made of the cantankerous poet. But he loved the observation of one man, who, stunned by how many national figures descended on Kavanagh’s hometown after his death in 1967, quipped that, ‘locally, his funeral was the making of him.’

How times have changed! In his introduction, the editor, Hedwig Schwall, explains how The Danger and the Glory was conceived and collated. It’s a celebration of Irish Fiction in which writers are invited to respond to John Banville’s essay, Fiction and the Dream, and were then given a list of questions to choose from in formatting their answers.

The book is dedicated in memory of Claire Boylan and Eileen Battersby, who ‘constantly opened up new worlds, new passages between cultures.’

‘This book is a tribute to them, in gratitude to their enormous work and in the hope that in the near future many more writers will be picked by perceptive, open minded publishers.’

The foreword is penned by Fintan O’Toole, who minutely analyses how a writer creates his art. Commenting on W.B. Yeats’ assertion that a poet writes always of his personal life,’ he goes on to describe the tension.

‘To be real, art must spring out of personal life – remorse, lost love, mere loneliness, but also reconciliation, found love, mere contentment. But to be art it must be phantasmagoric.’ In other, more simple words, it’s an exhibition of optical illusions.

‘Artists are always involved in a kind of performance, always projecting their personal light from behind the screen that separates us from them.”

We then read Banville’s original essay, Fiction and the Dream, a work of art in itself, in which he uses the analogy of a dream to explain how, for him, the writing of fiction works. Dreams, when recounted to others are boring, he states, then imagines writing out the dream for a loved one, in such a way that they can experience the dream voices.

‘I can think of no better analogy than this for the process of writing a novel. The novelist’s aim is to make the reader have the dream – not just to read about it, but actually to experience it: to have the dream: to write the novel.’

Sixty-two writers feature in this collection, and each one has made the subject their own. Lia Mills, perhaps identifying with John Banville, describes how, for her, writing is sometimes dreaming.

‘I can’t count the number of times I’ve been woken by a sentence forming in my head, insisting on being transferred to paper before I’m allowed to sleep again,’ she writes. ‘I’m not saying those sentences are brilliant – they might not even make sense to me in daylight – but I love the fact of them. They are signs. Something, somewhere is working.’

Paul Murray goes one step further. He feels, quite often, as if he is being haunted. Whilst disconcerting, he seems to have come to terms with it.

Some of the writers have taken the editor literally, and have answered in a practical way, in question answer format. One such, Kevin Barry, warns against the presence of the internet.

‘When you’re online, your brain is hopping around like a demented little flea, and this is not a good place to be when you are trying to write.’

And in answer to the question, what is the purpose of writing for you, he answers concisely.

‘To keep me going. I’d be fucked without it.’

Catherine Dunne, writing in conventional essay form, discusses the advice she has heard from other writers, before talking of the magic of inspiration. Once, she tells us, a character arrived in a waking dream, fully formed.

‘Everything around me became still – the ‘me’ that was sitting at the table, that is. The other ‘me’ was observing, experiencing this strange moment which felt deep and wide and familiar all at once.’

Kevin Power experiences that same magical inspiration, but finds that, with experience, it becomes harder, not easier to retain that joy.

‘But it is the memory of that glimmer of joy that hares you back to the desk – to the refill pad, the fountain pen, the laptop.’

Mike McCormick finds magic from writing with pen and paper; Lisa McInerney starts with dialogue. She hears her character’s voices, then ‘sees the light falling on the bodies they come from and the space around those bodies’.

Anne Haverty muses on the terror of writing; Glenn Patterson writes about doubt. Mary O’Donnell states that she needs solitude. Belinda McKeon who, whilst she feels a compulsion to write, often finds she makes excuses not to do so, writes about shame. William Wall wonders whether contracting Still’s Disease aged 12, is what made him a writer. Roddy Doyle discusses writing to music – and how his process has changed over the years.

Neil Hegarty, talking of the process of writing his debut novel, Inch Levels, debates the need to honour history.  Eoin McNamee, whose novels frequently fictionalise real events, enlarges on this theme, agonising about the intricacies of artistic responsibilities.

Many of the writers take the reader through their process. Lucy Caldwell describes, brilliantly a difficult period, when after a miscarriage, both her body and her writing ability appeared to have let her down.

Caldwell’s luck was soon to change, but Claire Kilroy wasn’t so fortunate. She writes of the agony of writer’s block – sustained after the birth of her son, when she developed some kind of cognitive disruption. Having written four, wonderful novels before her son’s birth in 2012, she has published nothing since.

‘Without writing, I am not living.’

It’s a sentiment Rosemary Jenkinson would relate to. She starts her essay on the Extremities of Writing with this:

‘Writing is everything to me. It’s my husband, my children, my religion and my lover. Next to it, living is merely a hobby.’

Siobhan Parkinson, who as a children’s writer visits schools, has an altogether more practical approach.

‘The conditions for writing are time, space and three meals a day. A deadline is also very useful. Mood plays no role. If one relied on mood, nothing would get written – ever.’

David Park says that he writes to be at his most healthily alive. Because, ‘whatever it is that is inside of me needs to find creative expression.’

A teacher for 34 years he believes in the sacredness of the book. He begs readers to annotate only in pencil, ‘if you really must, and never turn down the corner of the page.’

My copy of The Danger and the Glory is covered with annotations, and has numerous pages turned over. (With apologies to David Park.) But there are so many wise and helpful words contained here, along with some inspirational writing, that it’s destined to become a useful book of reference.

The most succinct advice of all comes from Ėilís Ní Dhuibhne. After listing a number of ‘truisms,’ she states that all those rules are wrong.

It’s an uneven collection. There are many, notable, exclusions, and some little-known writers of debatable value have found their way inside the pages. Yet many of the entries are glorious. And the best, in this reviewer’s opinion, comes from Anne Enright.

She ends her essay, She Does it for Comfort,

‘I need to write the way some people need to run, just because they have legs. I need it, above all, when the world impinges. I go to the keyboard the way other people go to bed. I wrap myself in work. I dream.’

The Danger and the Glory. Irish Authors on the Art of Writing.