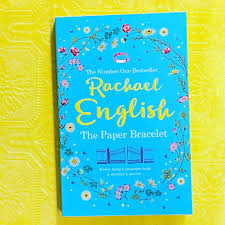 Rachael English is not the first writer to tackle the subject of the church’s abuse of women; along with a plethora of factual accounts, we’ve had novels from Jo Spain and Marita Conlon McKenna amongst others. But, the presenter of Morning Ireland is, perhaps, the first one to show us a full picture of the realities from all sides, and she does so with a perceptive journalistic eye.

Katie has recently been widowed. Happily married, her one sorrow is that she remained childless. But for 50 years she has kept a secret. As a young woman, she worked as a nurse in the Carrick Brak Mother and Baby home in County Clare, and uneasy about her role in a system that metered out cruelty, she kept a box full of the babies’ identity bracelets. And now, she wonders if the time has come to try and reunite the adopted people with their birth mothers.

Her niece, Beth, is keen to help, and the two post a message on an internet forum and wait for the replies to come in. This proves and all- encompassing task. The women become detectives, one minute, counsellors the next. And though there’s much heartache along the way, the two do gain some success.

They meet Gary, the global popstar who has fallen out with his bandmates and into a low-grade depression. And there’s Ailish, who is desperate to find her mother, but it being prevented by her brute of a husband. Could there be a happy ending for her?

The narrative switches between the early seventies in the mother and baby home, and the present. Along with Kate’s voice, in the seventies, we have that of Patricia, an intelligent young woman, pregnant with a married man, whose parents banish her into the home. It’s shocking to revisit the way Irish women were treated back then and shows just how far this country has come.

It’s not all misery; there are some uplifting moments. Friendships are formed, and not all the nuns are cruel; there are exceptions. The scene where the women take part in a protest singsong, feels so real, that I can imagine it on a cinema screen, and indeed, Rachael has included many elements that a filmmaker would look for.

Beth keeps quizzing her aunt. Why was she working in such a harsh environment? Was it simply, as Katie claims, that her parents insisted on it? When a secret slips out, Beth abandons both her aunt and the whole project.

With the time shifts, the different points of view, and the handful of sub-plots, this fifth novel from Rachael English is a compelling, page turning read. And if not all the plot twists entirely convinced me, that didn’t dent my enjoyment of the whole. This is, in all, a well-researched, empathetic account shedding fresh light on that whole unfortunate history. And if the ending isn’t entirely happy for everyone, the  characters have at least turned a corner, and can look forwards to a rosier future.