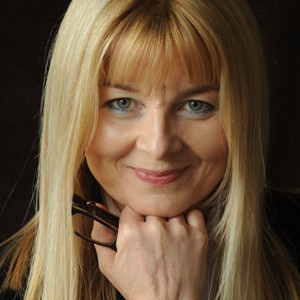 It was an itch that would not go away and in the end Mary Costello could not help becoming a writer, a very good one at that. She spoke to Sue Leonard about her debut novel has come garlanded with high praise.

MARY COSTELLO is a puzzle. Her debut novel has come garlanded with praise from such luminaries as JM Coetzee, Ron Rash as well as our own Anne Enright, Donal Ryan and John Boyne. And whilst Mary is pleased with the accolades, and is happy to talk about her work, she doesn’t seem dazzled by her success, and accepts it all as if it were simply her fate.

She knows her work is good, and she quotes from it now and then to illustrate a point, yet she’s not in the least bit arrogant. She seems to dislocate herself from the writing, as if she’s a conduit through which her characters speak.

Author of a quite brilliant collection of short stories published two years ago, in her late 40s, Mary is attractive with her long blond hair, and luminescent eyes, but there’s a separateness about her. I sense that, like her characters, Mary sometimes feels she is disappearing.

The debut, Academy Street, features Tess, a girl whose mother dies when she’s seven. A highly sensitive child, we’re shown the effect this death has during Tess’s childhood on the family farm, and when she becomes a woman.

Mary took the idea from her mother’s life. “I was very close to her when I was small,” she says. “And I became aware that she had lost her mother when she was three. It used to pierce me on her behalf, because I couldn’t imagine what that had been like. When I got to be an adult, it struck me how the death of a mother can have catastrophic effects on the trajectory of a whole family.

“My mother’s elder sisters were in private boarding school. They would have been destined for university, but they were taken out of school and they didn’t go. Two aunts and an uncle emigrated to America in the early ’60s and as a child I was fascinated by them. When my cousins came home they had beautiful frocks and were so much more glamorous than my Irish relations.”

Tess becomes a nurse and follows her sister to New York. Mary’s aunt took the same course, but she stayed just four years. Tess remains there for life. “Tess’s life is not my aunt’s,” says Mary.

Constantly an outsider, Tess falls in love, and after a brief encounter becomes pregnant. She keeps her son, but struggling to fit in to society she leads a rich inner life, and that is what interests the author. Mary’s descriptions of the agonies of burgeoning love, and of the fragility of the maternal bond are the best I have ever read.

The second eldest of five brought up in the West of Ireland, Mary says her childhood was ‘safe’. When I question her use of that word, she explains that since childhood she had found it harder to mediate life.

“I feel the world is full of hazard; it’s a miracle we get through it at all. Like Tess I feel there are other forces at work and we’re only a breath away from disaster.”

Is she then constantly fearful? “Not every day, but when I set out for a journey to Galway I think, I might not arrive. I sense that life is precarious – I think it’s a miracle that we survive at all. And yes, I think about death. I always have. ”

Is she religious? “I’ve no truck with organised religion, but I’m interested in faith issues. I don’t know if there is a God or not, but I think the Roman Catholic myth carries a lot for us. If we dismiss all vision of an aftermath it is a great impoverishment of the imagination.”

Fate plays a big part in Academy Street, and though Tess’s quiet life is fraught with tragedy, the novel ends on a hopeful note. She is literally saved by books. Whilst books may not have played such a dramatic role in Mary’s life, they continue to give her intense consolation.

>>>wasn’t a bookish child. At 22, Mary was working as a primary school teacher in Tallaght. She was going out with the man she later married, and was happy, but something was gnawing at her and she couldn’t sleep. Lying awake one night, it suddenly came to her that she wanted to write.

“The idea dropped down out of nowhere,” she says. “I started writing, went to some VEC Creative Writing classes, and later that year I went to Listowel Writer’s Week. Everyone was talking about Raymond Carver and Flannery O’Connor. I read Ian McEwan’s first collection of stories — it was like a gift. I could not believe I had stepped into that world.”

The following year Mary married, and had two stories accepted by New Irish Writing; one was shortlisted for a Hennessy Award, but when one or two rejections followed, she lost heart.

“I wanted love and happiness and to be normal, and I tried to give writing up — it seemed like an indulgence, and I was burdened by it. Throughout my twenties and thirties I was writing furtively, and I was always reading.

After 10 years Mary’s marriage broke up. She continued to write, penning a novel and a children’s story, but she never sent anything out. Then, in her forties, she decided to give it one last shot. She sent two stories to Declan Meade, then editor of The Stinging Fly.

“He liked them, and asked had I any more, and of course, I had.”

All the stories she’d written over the years formed the basis of The China Factory, published by The Stinging Fly two years ago. Only three new stories were needed. Nominated for The Guardian First Book Award, Mary’s writing was compared to that of Alice Munroe. The collection is to be published in the UK by Canongate, who have also published the novel. Mary’s future looks bright.

What is Mary’s process of writing? “It starts with a character,” she says. “I’m usually aware of some disquiet or disturbance lurking in them. The character stays in my head for a long time, and I’ll make notes. I’m full of dread before I start writing in case I don’t do justice to the character. I’m afraid to start.

“I know the story, but as I go along it unfolds. I don’t write a first draft — I redraft as I go. Academy Street took me a year to write.”

I was so enthralled by her writing that I read the book in one sitting, and it has stayed in my mind ever since. And that’s because Tess, though an intensely private and strangely passive character, is so fully realised.

“I never think of anything when I’m writing except to be honest to my character,” she says.

Currently working on her next novel, as well as penning short stories, Mary says she is worried that her writing will stop. I assume she’s talking about publication, but she looks at me as if I’m mad.

“I don’t care about that,” she says. “I’m afraid I will dry up. For years I tried to give up writing — now I’m terrified that the stories, the characters, will give me up.”
© Irish Examiner Ltd. All rights reserved