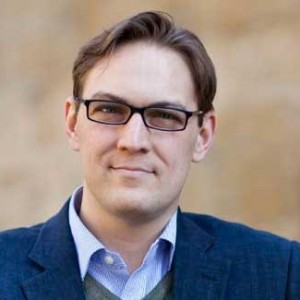 The author Patrick Flanery is American. He was raised in Omaha, Nebraska; but talking to him on the phone from his home in London, it is difficult to detect any American in his accent. Rather it sounds neutral, with inflections and expressions of Oxford English.

People often remark on this.

“On the whole I find it amusing,” he says, “except when I meet people who feel they understand me better than I understand myself. Some people can’t believe that I can be American by birth. They think I must be confused.”

Patrick has made his home in England, since studying at Oxford University for his PhD. Still an academic, he is now Professor of Creative Writing at Reading University. Settled, because of his job, the 41 year old feels slightly melancholic about the cultural shifts that mean he has a more complicated sense of home.

He has Irish in the mix, too.

“As far as I can work out my Irish ancestors moved to the States in the 18th Century. Back in 1998, and again in 2000, I made trips to the West of Ireland, because, escaping New York City I needed a very different kind of space. It was about seeing the landscape, and this might sound romantic, but it felt like a homecoming. I felt I was seeing people who looked like me.”

The narrator of I am No One, Flanery’s third novel, is also an academic. Jeremy O’Keefe spent 20 years as a Professor at Oxford University. He, too, has Irish roots, and, back living in America, gets bemused when people accuse him of not being American. But there the resemblance ends.

So how did he come up with the lonely middle-aged professor who left Columbia University under an undisclosed cloud? In Oxford, officially separated from his wife, he chose his friends unwisely.

“I am always interested in the character who is compromised in some way. Jeremy is not complicit, but none of us is perfect, there are always shades of compromise. The person who is most attentive to the way they look in the world is always thinking about their failings and what they can do to be better. With Jeremy, it becomes a kind of extended meditation on all the ways in which he may have failed.”

It took time, and a few drafts before Patrick was happy with his portrait of Oxford.

“My first attempts were too influenced by things like Brideshead Revisited; my doctorate was on the writings of Evelyn Waugh. There is more to the city than beautiful buildings. The people who live in Oxford have to put up with students who often treat the city as their playground. The tension between town and gown is what I find interesting.”

The novel charts Jeremy’s life in New York, as he tries to settle back, and reconnect with the daughter he adores. But strange things start to happen. He doesn’t remember sending a particular email to a graduate student, and an acquaintance he can’t remember starts popping up in unexpected places. Packages arrive giving detailed records of his on-line activity, and he suspects he is under surveillance.

How did Patrick get the idea for the novel?

“It began with an image. I was visiting a friend in New York City. I saw her from the street. She was standing in the window of her apartment and I waved to her. When I told her she was surprised that she could be seen. That made me think of that kind of dynamic.

“Initially I thought the narration would go back and forth between the watcher and the watched, and go inside the mind of the notional watcher, but after trying that for the earliest drafts, I felt it was more effective to stick with Jeremy’s perspective and have that claustrophobic sense of paranoia dominating the narrative.”

It works wonderfully well. But, interestingly, this is not the first time the author has explored the issue of surveillance.

“It has become a running theme,” he says, explaining that there were aspects of it in his first novel, the highly acclaimed Absolution, and his second, Fallen Lands.

“I think it comes out of my parents having been politically active in the late 1960’s, and the feeling that they were under subject to certain kinds of police and other scrutiny. They were student activists; my father was writing a doctoral dissertation on the press coverage of the Chicago protests of 1968 so it was fairly benign, but still felt like surveillance.

“And I remember, at 10, going to some kind of church meeting for an organisation for peace and someone coming in and saying, ‘there is somebody out there recording everything.’”

In I am No One, however, we are never really sure of the veracity of the surveillance. There are times that Jeremy suspects that the incidents are all in his head – and his daughter’s influential husband seems to concur. All this adds tension and mystique.

Added to this, Jeremy is a somewhat unreliable narrator. He drip feeds the reader nuggets from his past until we believe he might well be in some kind of danger.

“I decided to write this book very differently from the other two,” says Patrick. “The first was more organic; it grew in fits and starts. I kept going back and rearranging things, and with the second I had a strict plan. But with this one I decided to see where things led.

“I didn’t know what would happen and I decided not to reread until I came to the end, unless I had forgotten what a character was doing, and this gave me a very strong sense of forward momentum.”

The pace picks up to a slightly open ended climax. There is, I felt, room for a sequel. And though Patrick is currently writing a novel set in Hollywood in the nineteen fifties, he feels a yearning to return to the principal character once again.

“I don’t think I’ve finished with him. I want to know what will happen in society in the next few years, and what might then happen to Jeremy.”

Writing makes Patrick extremely happy. Often, he wishes that he had the luxury of writing full time.

“The downside of teaching is that it takes away from writing time. yet having access to other people is also a great benefit. If I was writing full time I don’t think I would make a concerted effort to get out into the world; it’s too easy to please oneself in one’s own mental ramblings, so it’s good to have an excuse to get out.”

When he is not teaching, but needs a break, Patrick takes to the streets.

“I am a really bad runner, who runs none the less,” he says, admitting that five kilometres is his limit. “Running is useful for sorting writing problems. I find that my brain goes into a different register for thinking.”

Patrick’s reviews have always been favourable.  He has been shortlisted for numerous awards including the Dublin IMPAC prize for Absolution. What would his ideal reader say about I am No One?

“I would be happy with a range of  responses,” he says. “People who read it at a level of family relationships are getting the book completely; and if people read it as a novel of dislocation and alienation they are also getting it. If they read the book for its concern with surveillance that is what I intended, too.”

“I have had all those responses and that is great. It is satisfying. I prefer getting a great range of responses rather than the same one over and over again.”

Published in the Irish Examiner on June 4th.