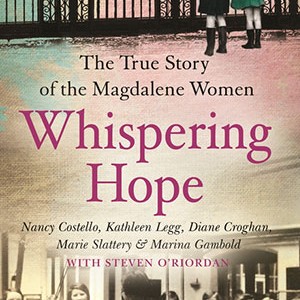 Orion non-fiction has acquired three “moving and inspirational memoirs”, one of which will be released as five e-shorts as well as a whole book.

Whispering Hope is the story of five women – Nancy Costello, Kathleen Legg, Diane Croghan, Marie Slattery and Marina Gambold – who were confined in Magdalene Laundries in Ireland during the 1950s, ‘60s and ‘70s.

The book, which is written by the five women with Steven O’Riordan and Sue Leonard, breaks into five separate narratives, which will be released as individual e-shorts.

Whispering Hope will also be released as a complete e-book and physical edition “as part of an on-going strategy to innovate and experiment in the digital space”.

Valentine also bought world rights for ‘We Ain’t Got No Drink, Pa’ and A Fish Supper and a Chippy Smile, both by Cathryn Kemp, from Jane Graham Maw at the Graham Maw Christie Literary Agency.

The books tell the story of Kemp’s grandmother Hilda Kemp, and her life growing up in south east London.

Orion said: “‘Hooray’ Hilda’s story is one of grit, romance, tragedy and British endurance.”
Valentine said: “Narrative non-fiction is one of our strategic growth areas, and I’m thrilled to bring such unique and compelling stories to the list.

“All three books centre around strong women – Hilda, who overcame many hardships in her life, yet was known for her laughter and sense of fun. Nancy, Kathleen, Diane, Marie and Marina who fought for justice for the suffering they endured at the hands of the Irish state.

“These are stories that deserve to be told, and I’m thrilled to be in a position to work with such inspirational women.”