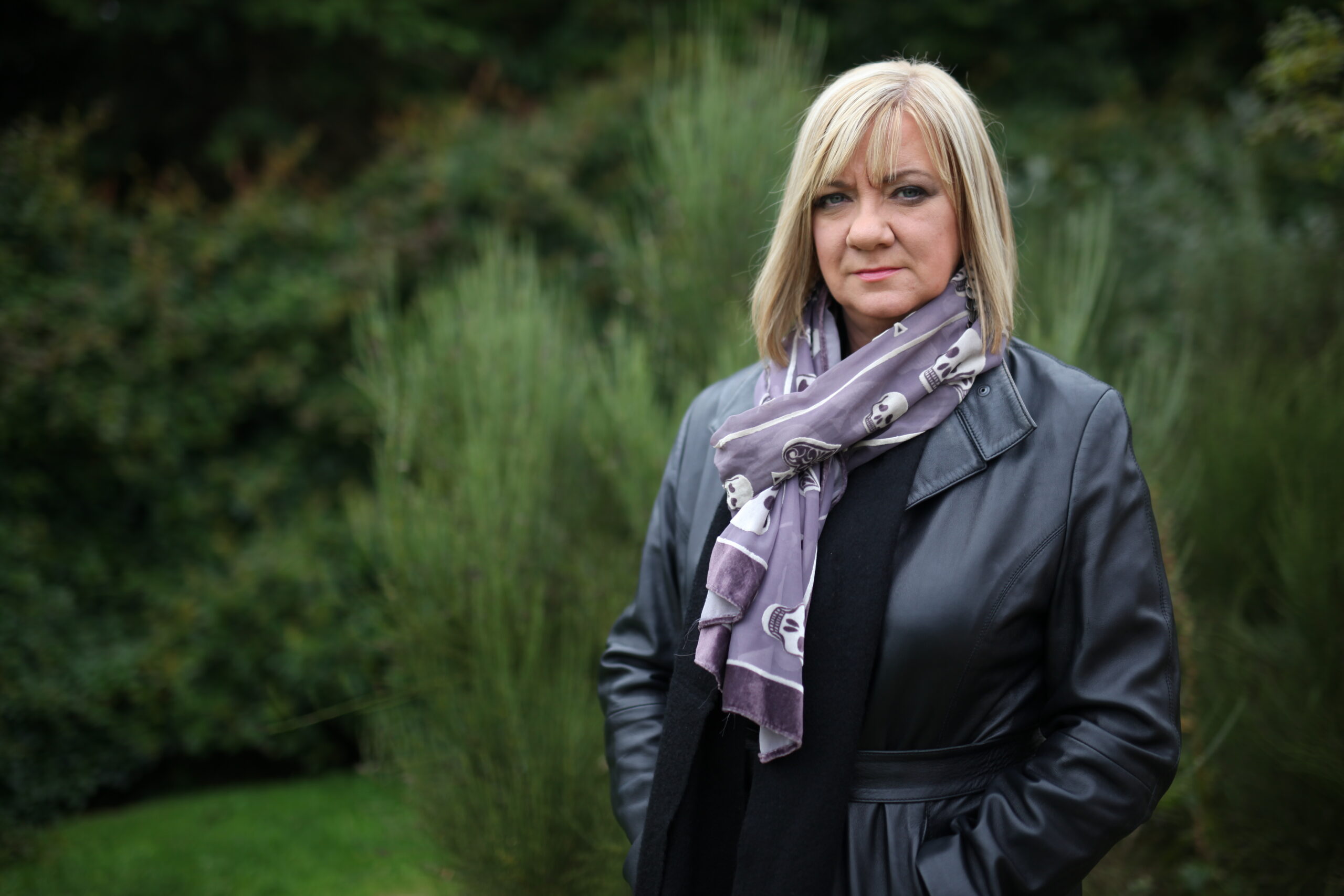 Louise Phillips has always wanted to write. And she started in her early twenties, when, having left school to start work at 15, she returned to education. She adored the craft, but before she’d had any success, life got in the way of her creativity.

“We had three kids and two recession mortgages,” she tells me over zoom from her home in the Dublin mountains. “My husband was starting his own business. I was, mostly, working full time, and for periods I cared for my mum. There was no space for anything else.”

It was to be 25 years before she turned to writing again, attending a class in Tallaght.

“That first night we were given a poem to write. I wrote about my dad’s hands, and suddenly, I had all these words in my head. I went home and wrote a first draft immediately. I couldn’t understand why I had let writing drop.”

Her confidence grew when she was one of 12 writers selected from an open call by Dermot Bolger, who was writer in residence in South Dublin at the time. She worked with him for 8 weeks, before joining a writing group in Lucan. And it wasn’t long before she had a first draft of a novel completed. Red Ribbons, the first of four novels featuring the detective, Kate Pearson, was picked up by an agent, and by Hachette Books Ireland.

She had instant success. Red Ribbons was shortlisted for an Irish Book Award; the follow up won it; both were published in the states. Her fifth book, The Hiding Place, a standalone set in the states, is in production with a major film company.

“And it’s looking positive,” she says.

As a child growing up on the margins, Louise could surely never have dreamt of such success. Yet it’s her sense of feeling different, she feels, that has informed all the books she has written.

“Feeling different made me much more of an observer,” she says. “We lived in a tenement – Mount Pleasant Buildings but I was never allowed to say that. We’d say we lived in Oxford Road – which were private houses on the other side of the street.

“My mother felt we’d be discriminated against if people knew the truth. And when I met my husband, who also grew up in Ranelagh, he was told to run past our building because, ‘nobody there was any good!’”

Louise didn’t set out to write a crime novel. When she handed in Red Ribbons, she didn’t know that it fitted the crime genre.

“It was a story about a schoolgirl going missing,” she says. “But when I sat down with my editor, Ciara Doorley, she said, ‘It would be nice to have police procedural in this to give it more context.’ I was reluctant at first, but luckily my husband knew three people who ended up being detectives in Garda Siochana, and I went into a nosedive gaining information. It brought the story to life.”

We’re talking about Louise’s recently released sixth novel, They All Lied, another standalone book, this time featuring Detective Sergeant Wren Moore. Set in the drug underworld, it tells of Nadine Fitzmaurice, an insurance manager who is threatened by a gang when her daughter is being held against her will. Nadine is asked to perform various illicit tasks, and is warned not to get the Gardai involved. Are there links with the case of Evie Nolan, a friend of Nadine’s who went missing eighteen years earlier?

It’s a twisty tale full of intrigue showing how gangland crime can spread its influence wide. Where did Louise gain her inspiration?

“Our neighbour’s son, in our previous house, was a sports star, but his brother was involved with drugs. The gang put pressure on the family, saying the boy’s sports career would come to a rapid end if the parents didn’t pay the debt.

“Someone else I knew of set up a franchise business, and did all the correct checks, but later realised an organised crime gang was using the franchise for money laundering. It destroyed the individual.

“We’ve all seen Love Hate and heard of shootings in the street,” she says, “but what about this other secret story? I’ve had feedback from people who have been in Nadine’s situation. It does happen, and I don’t think anyone else is writing about it. It happens behind closed doors.”

Nadine has suffered bad mental health problems in the past, and because of this, her word is not always believed.

“I wondered what I would do in Nadine’s situation,” says Louise. “I was hurtling towards the end where you couldn’t really trust any of the principal players in the story. Nearly everyone is protecting a secret, yet often it’s down to, ‘do you trust the woman?’”

Louise doesn’t plot her books. She works out what they are about while she writes her first draft. And in this case, that draft was all told in the first-person voice of Nadine Fitzmaurice.

“Once I have the first draft I think, here is the beast – what am I going to do with it? Often five or six chapters disappear.”

In this case, realising the story needed a different perspective, and not just the police reports of the first draft, Louise brought in Wren’s voice. But when she handed the book to her agent and publisher, they both said they loved the story, and liked Wren, but wanted her story expanded. Louise asked for more time; this was granted, but during the edit period, of September 2020 to March 2021, Louise’s life was full of distraction.

“A week after our youngest son got the keys to his apartment, my daughter rang asking if she and our grandchildren could move in with us. We got a weekend out of the empty nest,” laughs Louise.

Having Caitriona, aged nine, and Carrig, seven, in the house twenty-four hours a day was full-on, to say the least.

“But it was interesting,” says Louise, explaining that Caitriona is a fascinating character, being on the autistic spectrum. “And I did manage to carve out time during that second lockdown to work on Wren.”

Louise covers many dark themes in this novel – as in her previous ones. This time she explores domestic abuse and coercive control. She brings in Alzheimer’s too – giving it to Wren’s father. But there is a positive slant here. He’s in a nursing home, but sparks of his personality are still there. And that was important to Louise.

“Mum had Alzheimer’s although it was a long time before we realised it,” she says. “In the course of ten years she went from managing to live independently, to living with us, and then having to go into a nursing home. Even at the end she knew who I was,” says Louise. “There was still a little bit of Mum there.”

They All Lied seems poised for success. Fellow writers Brian McGilloway, Patricia Gibney, Jane Casey and Andrea Mara have all praised it for its originality, clever plot and distinctive voices. I loved the inclusion of Wren’s back story. And in a clever twist, it turns out she has a tragic link to the case she is investigating.

Will we see another outing for DS Wren Moore? Louise shrugs.

“I have a few ideas bubbling away,” she says, non-committedly. “I need the space to settle on my direction, and a first draft to work things out.  There are days I want to kick the wall”, she says, “but I have learned, over six books, to trust the process. There is safety in knowing it will get there.”