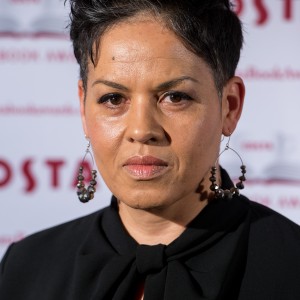 Reading Kit De Waal’s second novel I lost all sense of time. Transported, I was swept into the world of Mona, a lonely Irish woman who, approaching sixty, thinks back to the early seventies, and the magic of early marriage.

I loved this book, and it’s still lingering in my mind. But I can’t work out how the author structured The Trick to Time – how, in playing with time – moving the plot backwards and forwards – she kept us guessing until the final pages. It’s a masterclass in writing.

It’s Birmingham in 1972. Fresh from Ireland, Mona falls for William, a charming Irish boy who loves her with open simplicity. It’s all promise and passion, but then a tragedy tears them apart. Decades later, Mona lives alone by the sea. She sells collector’s dolls – getting a carpenter to make them, before sewing beautiful outfits, designed exclusively for each one.

As a side-line, she uses dolls, weighted to that of a new born, to use as therapy for women who are suffering grief from the loss of a baby. She talks them through the life they had hoped for their child, so that through imagining they make memories, and can then heal.

The IRA Birmingham pub bombs of 1974 plays a pivotal role. The author will never forget the atrocity that killed 21 people and injured 182.

“I was 14 at the time,” she tells me, on the phone from England. “I had to get two buses to school and one of them went through the city centre. On the morning after the bomb the bus was rerouted, and I didn’t know why. At school everyone was talking about the pub bombings and the dirty IRA and the bad Irish. It was like we talk about Muslims now.”

As a member of the Irish community – Kit’s mother is Irish, and her Dad is from the West Indies – she found the aftermath intensely uncomfortable.

“It was shocking. My uncle, who is fifteen years older than me said you knew where you were going drinking. You didn’t go anywhere else and you came home straight afterwards. It was sharp and nasty but short lived. The Irish community in Birmingham is so big; so integrated into English life, that nobody would comment now, except in a positive way.”

Mona goes into labour on the night of the bomb. The midwives appear heartless when things don’t go to plan, and that, Kit says, is based on her extensive research.

“I spoke to three midwives; two from the time and one who specialises in stillbirth. It was eye opening. They said kindness had made them act the way they did. The thinking was that if a woman had lost her baby, it might have an abnormality. You were going to take it away from her anyway, so why would you give it to her? Medical thinking was, the baby’s gone. It’s died. You don’t want to see that baby. Get over it and have another one.”

And of course, on that particular night, there’d be scant pity for anyone Irish.

“Downstairs all these horrendous things were going on. People were coming in with missing limbs. The woman has lost her baby, but she’s Irish. They would keep their pity for someone else.”

It took Kit a long time to come to writing. Brought up in poverty, she left home at sixteen. She’s been a magistrate and has worked in the law; a former foster carer, she trained social workers, and she sits on adoption panels. Early on she had menial jobs. She helped her mother in her cleaning work; she’s been a waitress; a secretary for a firm that sold bedsteads to Abu Dhabi, and she’s worked in a shop. It wasn’t until she was forty-five that she got around to writing.

“It never occurred to me before that,” she says.

It was finding herself at home with two small children that did it. Married at the time, to John De Waal, a QC, who left her shortly after her debut was released, she didn’t have to worry about the bills. She gave the mother and baby scene about a week, then realised it wasn’t for her.

“I plumped the cushions, I did the garden and I had one room redecorated then I thought, I can’t do anymore of this shit – so I had a go at writing.”

It didn’t come easy. She wrote a story but was shocked by how bad it was. She tried a novel, she tried a second, and says they were very bad. When I challenge her on this, she admits that she sent them out.

“I think they had some merit, but they needed work. I just didn’t realise that.”

It was a creative writing MA at Oxford Brookes that changed things.

“The MA wasn’t that good, but it was a year for me to be working on the craft and meeting people who felt like I did about writing; who could spend hours talking about a comma. It was learning what psychic distance means, and having to read Graham Greene’s Heart of the Matter and say what tactics he employed.”

It was also a time to develop her short story writing and gain a name for herself. But It wasn’t until she’d finished the MA that she wrote her debut, My name Is Leon – a book garnering a six-way auction, and a heap load of praise. When it was short listed for The Kerry Ingredients Irish Book of the Year in 2017, Kit was thrilled. It seemed to validate her Irish side.

When she won, however, she was so shocked that, accepting the prize, she had no speech ready.

“It was so unexpected. I sat in a row with people like Emma Donoghue and Mike McCormack, and I never thought I had a chance. They read my name and I thought, can that be true? It meant everything to me, and my mother was over the moon.” Laughing, she adds, “When I’m in Ireland I use different words. I say, ‘Grand,’ and ‘Oh, go away!’ I become my mother. It’s embarrassing.”

It’s something of a relief to Kit that she had written The Trick to Time before the success of that first book.

“If I had known I think it would have crippled me. And once it was a success I worried would I lose my audience with the second book, because it so very different from the first one.”

There’s very little danger of that. It’s such an accomplished, heartrending tale, and seems shot through with realism. So much so, that when her agent sold the foreign rights the publishers asked her where they could google the therapy Kit wrote about.

“I said I’d completely invented it, and they were really shocked.”

Kit doesn’t feel entirely comfortable with her success, and recently wrote of the dangers of losing touch with her origins. She used some of her money to fund a scholarship to allow a disadvantaged writer to access an MFA programme.

“The first scholar is in second year, and I was able to award it again,” she says. “I’d do anything to help knock that wall down between the haves and the have nots.”

“I love writing them because I’m not constrained by plot. I’m basing the stories on four characters from My Name is Leon and four from The Trick of Time.”

Her ambition is to live by the sea.

“And to be authentic as a person, an activist a mum and a writer. I’d rather I sold nothing but told the truth than write something inauthentic. I want always to be true to myself.”

Published in The Irish Examiner on 16th June, 2018