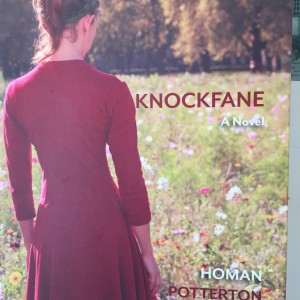 In 2002, when the former Director of the National Gallery, Homan Potterton, brought out his childhood memoir, he didn’t expect that many people would read it. So, when it received positive reviews, and sold extremely well, he was pleasantly surprised.

“I thought of it as a little protestant book that the parish magazine might promote,” he says, on the phone from London. “But I had a lot of letters when Rathcormick came out, and most of them came from Catholics. And those gave me insights into the silly prejudices Catholic people were brought up with about protestants.

“One letter read, ‘We were brought up to believe that protestants were a completely different race to us Catholics, but reading your book, I realise we were exactly the same. My mother behaved in an identical manner to yours.

“Another woman said, ‘we were six girls in our family and our parents lived in dread any of us might marry a protestant, but we all wanted protestant boyfriends.’ That silliness was a big thing. I suppose it originated from segregated education.”

For his debut novel, Knockfane, the 73-year-old has taken the same themes that appeared in the memoir; those of inheritance, fear of the land commission, and the general sense of isolation felt by the protestant farming and business communities.

He’s particularly well acquainted with the inheritance issue, having researched the registry of deeds for a privately published account of his family’s fortunes, going back several generations.

“Reading the Potterton deeds showed me the lengths they went through to protect property by marrying cousins and that kind of thing. I became familiar with the technical side and with wills being twisted and that.”

His starting point, however, came from his experience of the way some girls were treated by their fathers, who expected them to give up any chance of happiness in order to live at home caring for them.

“I knew lots of cases of that – the story isn’t based on any particular one.”

Knockfane opens in the early fifties when the widower, Willis Esdaile, banishes his only son, Edward to the care of his grandparents. His logic is that, living there, he’ll be better placed to inherit his grandfather’s estate. But why has Willis so taken against his only son?

We do, eventually, learn his reasons, though not until near the end of this gently paced saga, but the theme of inheritance drives the plot, along with protestant preoccupations to issues like Ne Temere, and mixed marriage.

The headstrong Julia leaves Trinity and marries in haste, leaving her younger sister, Lydia, to run the family and care for her father. Meanwhile, Willis’s nephew, Fergal, comes to live at Knockfane.  He’s a Catholic, but having been educated in England, is deemed acceptable. His inclusion gives rise to a lot of religious debate; especially when he’s seen leaving the protestant church one Sunday.

“I wanted to portray all those silly things between Catholics and protestants, but try and present them with humour. I realised that there was a danger in that people might think the views my characters express are my own, and they’re not. They’re just the zeitgeist at the time.”

Before embarking on his memoir, Potterton was well acquainted with the written word. He’d penned art books and articles, and after his resignation from the National Gallery, aged 42, he moved to New York and wrote an art column for the Financial Times. By the time he wrote his memoir, he’d moved to France, where he spends most of the year still, looking out over a vineyard.

A second memoir, detailing his years as Director of the National Gallery appeared in 2017, but he’d penned Knockfane between the memoirs, back in 2008.

“I couldn’t find a publisher,” he says. “I got fed up and put it away. After the second memoir, Who Do I Think I Am was published I thought, where do I go now? I took out the novel and I started to read, and I thought, it’s really quite good, and it’s a pity not to do something with it. And then, by good fortune, Merrion Press were starting a fiction list, so I offered it to them. They liked it immediately and took it on.”

Potterton has a lot to say about the modern Irish novel. He feels that, whilst being experimental, they are all much the same, and come from the trend for writers to learn from creative writing MFA’s.

“I take a lot of care with my writing,” he says, “but it’s not modern and it’s not experimental. I like sentences that have a subject, an object and a verb, and I like to sprinkle punctuation in the right places.”

A friend of his said that from the first chapter, where Edward swims with a local girl, he expected the novel to contain a lot of sex.

“But Mary Kenny, reviewing it, said it would be a relief to older readers that there was no bad language or sex in it.”

What was it like turning from memoir to fiction?

“The novel is a different animal, but I enjoyed the change. It was challenging but also liberating. With a memoir, when you’re remembering, you have to be careful. The novel gives you the freedom to pack the whole story in.”

He’d wanted to try fiction for a long time but didn’t consider himself capable of it.

“I was talking to a friend the other day, and she remembered me telling her 50 years ago that I wanted to be a Penguin Modern Classic!”

Discipline has never been a problem – Potterton sits down every morning aiming to work for five hours, and he doesn’t waver from that. He remembers writing the memoir in France during a long bad winter, sticking, assiduously to his five-hour regime, and there was a sense of being surprised of the content that was coming out of his brain.

“During the editing process, I thought, I must’ve had a plan for the story, because it twists round so much, but, no, I never had a plan. The story just came out as I was writing. Then you realise a character wouldn’t do that, or wouldn’t have known something at that stage, and you make the changes.”

“From an early age I always wanted to get out, because everyone knew everything about you, but I’m glad I’m Irish. That vary smallness gives you a network. When you meet someone, anywhere in the world you can immediately identify them; it gives you a whole culture; a whole different dimension.”

Now that he’s got a feeling for fiction, Potterton is keen to try a second novel.

“I’d like to step away from the protestant farmer stuff, and set one in the

art and museum world, but I’m hesitating. It would have to be set in Dublin, and it would be in my nature to satirise people and the social scene. I could offend a lot of people doing that.”

His greatest achievement, he says, was becoming the youngest Director of the National Gallery, at 33.

“Art history was a new discipline, and this was the beginning of the professionalisation of museum work. To get to the top of that in my own country, was some achievement and I am proud of it.

“But to retire from that, turn a corner and do something new and different – and do it with some success – that felt good. When Rathcormick was a success I remember thinking, this is more worthwhile than managing bureaucracy in any museum.”

Published in The Irish Examiner on 17th August, 2019