Should Writers Take a Leaf out of Zoella’s Book? 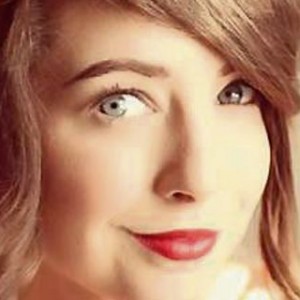 With 2.4 million followers on Twitter, 1.8 million fans on Facebook, and 3.2 million subscribers on Instagram, publishers couldn’t wait to get their hands on Zoe Suggs’ first book writes Sue Leonard

WITH Christmas on the horizon, publishers are vying to secure that coveted, number one slot. Will Brian O’Driscoll pip Roy Keane to the post — or will Graham Norton outflank them both with The Life and Loves of a He Devil?

If the book industry pundits are right, all three will be beaten by a 24-year-old girl from Brighton. Zoe Sugg has a substantial two-book deal with Penguin and has been sweeping her way up the Amazon best seller chart even though her debut novel won’t be published until tomorrow.

So who is this new literary phenomena? Known as Zoella, she’s a video-blogger whose Vlog has six million subscribers. Zoe started blogging about beauty in 2009. She won awards, before turning to Vlogging, and she now regales her followers with stories about her life, including her panic attacks, and her exploits with her boyfriend, fellow Vlogger Alfie Deyes. She’s adored by her fans worldwide; they think of her as an older sister.

Zoe hit the headlines recently, when she joined Bob Geldof and Bono, in recording the remake of the Band-Aid classic, Do they know it’s Christmas. Alfie Deyes was invited too, along with Zoe’s younger brother. This caused a storm of controversy because the trio can’t sing.

With a strict embargo on the novel, critics are yet to discover if Zoe can write. Though Michael McLaughlin, Managing Director of Penguin Ireland says he’s heard the book is good. “I know Zoe’s been working very hard on it,” he says.

The novel, Girl on Line, is about a teenage girl who blogs about school, boys and her mad family. Zoe swears it’s not autobiographical, but she’s given her heroine mental health issues, similar to the ones she herself has suffered.

Is the pre-publication hype all buzz without substance, or will the book prove as successful in the Irish market as the Amazon pre-sales suggest?

Hilary Hamilton of Bridge Street Books in Wicklow town has had several requests for it over the past few weeks. “Teenage girls have come in and asked if it’s in yet,” she says. “They’re all avid followers of Zoella, and can’t wait to read the book. I’ve ordered in 10 copies, and I rarely order that many.”

Zoella is one of many Vloggers to have secured a book deal. Alfie Deyes’s The Pointless Book is already out and selling well. But is Vlogging the best way to get a good deal? Should all aspiring writers take note, and concentrate as much on building a fan base as on the writing?

Not according to Sallyanne Sweeney, an agent at the Mulcahy Associates Literary Agency in London. “YouTube can be useful if it’s done well,” she says, citing John Green of The Fault in Our Stars fame as an example. “But you have to be comfortable with it. It’s better to get a deal, and then build towards a good presence.”

Michael McLaughlin would agree. “There will always be outliers; people coming in with a readymade audience. It’s not much different to a movie star, pop star or sports celebratory. YouTube is phenomenal right now. The stars like Zoella are managed and have agents behind them. And you can’t ignore the fact that young people are engaging with media in a different way from my generation.”

Penguin love it when authors help with their own promotional material. Michael cites Liz Nugent, author of Unravelling Oliver as a wonderful exponent of the art. “She produced an amazing trailer when her book was first published,” he says. “That can only be helpful.”

Author Maria Duffy’s tweets were so funny and well written, that they secured her an agent. Four books on — her latest, One Wish, was selected as an Ireland Am Book club choice recently — she still finds her media presence useful. “I genuinely do. It’s great to chat to followers, and to book editors and others in the industry. It keeps you in the loop. But you have to be funny or clever. If you endlessly tweet and re-tweet good reviews, you will soon put your followers off.”

In the end though, nobody knows which books will flourish and which will fail. The best thing for writers to do is to find a publisher or agent who will nourish their writing. There’s a whole new generation of literary Irish authors making waves around the world.

And that’s largely thanks to small Irish publishers like Lilliput — who launched Donal Ryan and the new star, Rob Doyle.

The Stinging Fly — who publish books and a literary magazine — nurtured Kevin Barry, Mary Costello and Colin Barrett. Barrett was recently shortlisted for the Guardian First Book Award, and Costello for the Costa Book Award.

As for Barry – he is one of three Irish writers, ever, to have scooped the €100,000 prize-money and won the International IMPAC Dublin Literary Award. And he, famously, locks his phone in his car each morning to avoid the distractions of Twitter.

Publisher in the Irish Examiner on 24th November, 2014