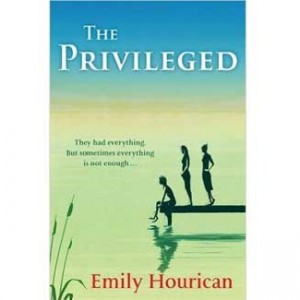 When Emily Hourican secured a book deal back in June 2015, she was on cloud nine. Her editor Ciara Doorley was wildly enthusiastic, and Emily worked on the structural edits over the summer. It had been a long held dream to write a novel, and life looked good.

Then, in November, everything changed. Emily was diagnosed with mouth cancer. It was treatable – but the regime she followed through the winter was punishing to say the least. That she managed, through her pain, nausea, and sheer exhaustion to catalogue the process in the Sunday Independent, in a weekly cancer diary, is in itself, extraordinary.

“The thought of the book did keep me going,” she says. “With cancer, you go into a very strange new world, learning things you never wanted to know. You go from being that  busy person with deadlines to the person being shuffled into hospital every day.

“You wait and wait, then are topped up with more chemicals than you can imagine. And I have spent the last twenty years eating organically and healthily. You are not yourself. That’s why I wrote the diary. And it was nice to know the book was there, happening in my future. All I had to do was to get through.”

It’s now two and half months since the treatment finished, and Emily looks terrific when we meet to discuss her debut.

“It has been horrible but the horrors stopped when the treatment stopped,” she says, sipping a cappuccino, and picking at a croissant. “I’m a lot thinner than I was, and having wanted to be thin all my life, I don’t like it.

“I’m not perfect. I have great energy during the day, but by 7.00 pm I am exhausted.; the kind you can’t put off, where you feel you will pass out. My taste buds are funny, and underneath my makeup my skin isn’t great, but none of that matters. I am so incredibly grateful to be finished and as well as I am. I feel like the luckiest person alive.”

Added to all that, Emily has just heard that her debut, The Privileged, has gone straight into the bestseller charts at number 6. I’m not surprised. It’s a wonderful, intelligent read, that is so compulsive, that it kept me happy during a four hour delay at Gatwick airport.

“I have always wanted to write a novel,” says Emily. “And three years ago I went through an unexpected lean period of work, and I immediately thought, ‘I will never work again!’ With no deadlines, I told myself to use the time, and just do it.”

The tagline of the book, is ‘They had everything. But sometimes everything is not enough…’ And the theme is carried through the plot to brilliant effect.

Teenagers Stella and Laura rescue a classmate, Amanda, who, comatose, is being molested by a couple of boys. This leads to a lasting friendship, though one with plenty of bumps along the way.

Although she spent her teenage years in Brussels, Emily has nailed the scene in South Dublin. Slight outsiders, Stella and Laura are dazzled by their new friend, and they happily accompany her to aristocratic parties and raves.

“You’re so alive as a teenager,” says Emily. “Everything is overwhelming, for good and for bad. You’re sensitive in a way you can’t be through the rest of life, or you would never get anything done.

“I wanted to capture that deep intensity, that you can’t believe you have a friend like that in your life. You would die for her, yet you have no idea who that friend is, really.”

Amanda’s extreme lifestyle; of modelling fame; of drug taking, and constant partying, hides a very troubled interior. The book starts, at the end, when the high flying lawyer, Stella, and journalist Laura, fly in to London to rescue their friend. And it’s not for the first time.

“It’s something you can do in books, if not in real life. They try to save someone who they realise is in a terrible mess. They should always have known that but didn’t, and this is their second chance.

“I have known a couple of people like Amanda; boys as well as girls. I went to school in Brussels with a lot of people who were incredibly rich in material ways. There were some exciting Italian and French boys; they were wild and brilliant.

“Some of them are not alive anymore. Others have serious mental health problems. They were all amazing, mesmeric beautiful people, and they seemed so much more charismatic and captivating than the rest of us. It’s only when you’re an adult that you realise they were desperately confused and lost.”

A self confessed nightmare as a teenager, Emily says that, underneath all the rebelling she did, desperate to have the same freedom as her richer friends, she was grateful to the strength of her family.

“There were six of us. My parents were hands on; they liked us to be at home, and were not happy to send us out on Friday night, and see us again on Sunday evening having wandered around friend’s houses. But we had enormous fun as a family. I felt a strong bond which my friends, who had more freedom, possibly didn’t have.”

After taking her baccalaureate in Brussels, Emily spent a glorious year in Italy, between Florence and Sienna. Then in was off to University College Dublin to study English and History, then take a Masters in English, along with her sister, Bridget.

“We threw ourselves into life, living first in Dun Laoghaire, then in a damp basement flat in Leeson Street. We were there for two years and we loved it. We had brilliant fun with friends dropping in on the way back from nightclubs. We’d merrily get up at 2.00 or 3.00 am and start the day again.”

Leaving UCD with absolutely no confidence, Emily got a job as a TV research assistant for a year, and then, her then boyfriend, now husband, and she, got an Arts Council Grant that enabled them to make a documentary in Spain.

“That was the best fun I’ve ever had.”

Falling into magazine work, Emily was deputy editor of a men’s magazine, and then the first editor of the Dubliner.

“That was really interesting, and good fun, but it was stressful and hard work. But when my first – of three – children was born, everything was different. I wanted to work less. Trevor White gave me a freelance contract for a year, and then I went totally freelance. That was a gamble.”

Maybe, but it was one that paid off. Getting regular work on the Sunday Independent, Emily also ghosted three books; two for Debbie Deegan of To Russia with Love fame, and the other for Jonathan Irwin.

Around that time, she sat down to write a novel, but instead came up with a memoir, entitled, How to (Really) be a Mother.

“It  wasn’t about how to bring up children, but rather what happened to me when I had them. It’s about the emotions. How you have never wanted anything as much as to be the perfect mother, and how you feel you have failed in a thousand ways every single day.”

Her eldest is now twelve. Knowing how difficult she was as a teenager, she is rather dreading the next stage.

Meanwhile, Emily is about to embark on her second novel.

“I loved writing the first. I would like to be able to change the balance of my life. At the moment it is 70pc journalism 30pc fiction; I would like that to drop to around 60pc 40 pc in favour of fiction.”