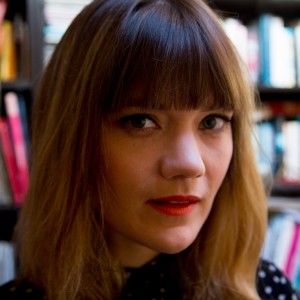 Eithne Shortall has always been driven. And although, growing up, she wanted to be an actress, or a poet, having decided, for practical purposes to study journalism, she’s never looked back. She went straight from Dublin City University to the Sunday Times – and has worked there, on and off, ever since.

She started on the news desk.

“I just loved it!” she says, on Zoom, from her home in North Dublin. “But I didn’t find it easy. I was 21, and news was a huge responsibility. I had sweaty Fridays when I was stressed about getting all the stories ready, and difficult Tuesdays wondering what I was going to write about, but I was always enthusiastic.”

After a while, Eithne took a break, and went to Paris for a year – improving her French, teaching, and minding children, but mostly drinking wine by the Seine – and mixing with people who talked about writing but never actually did any.

“That was a brilliant experience,” she says. “I wrote a few pieces for the Irish Times and Sunday Times but really, I was drinking wine and falling in love and living with friends in tiny apartments. It was liberating. And so good to go somewhere where nobody knows you.”

Arriving back in Ireland, she returned to the Sunday Times, and at 24 became their chief Arts Writer. It’s a role that she still holds today. And, although she took a year out to write the first of her three novels, and has since taken maternity leave, she has no plans to leave anytime soon.

“It’s not about the money,” she says, explaining that her books make more than the journalism. “I like the work. And I think it’s good for you to be in the world and engage with people. And there’s something lovely about having to write a piece that is small and manageable, but being accountable to write in this week, and then you can start again. That’s nice when a book seems too huge a thing to do.”

Her latest novel – Three Little Truths, originally released at the end of 2019 – is now out in paperback. Described, accurately, by one reviewer as Liane Moriarty meets Maeve Binchy meets Marian Keyes, Eithne describes this latest one as Desperate Housewives. It’s set in a road in a Dublin suburb, where the neighbours have formed a, rather tetchy, WhatsApp group.

“I got the idea from my mam’s WhatsApp group,” she says. “My parents still live on the road I grew up in, in a cul-de-sac. Mam would talk about it, and I’d look at it occasionally. It was gas! There was always drama, like a suspected rat, or wheels being stolen off a car. I wondered how you could be so obsessively concerned about parking issues.

“The other spark was an image of two women living in houses across from each other who were both new to the area. They had come with their own secrets – their reasons for moving were not clear.”

The two women are Martha, a married mum of teenagers, who was forced to move to leafy Pine Road from Limerick – and Robin, a beautiful single Mum who has moved back in with her parents. The two women befriend each other, united by Edie, an enthusiastic newcomer who, determined to make friends, overshares her life – telling all and sundry that she is ‘trying’ to get pregnant.

The book is punctuated by Pine Road’s hilarious WhatsApp chats – and through those, we get to know the street’s inhabitants, including the self-important Bernie – a minor media personality who, as an overprotective mum, runs the local school’s parent’s association. Clear alliances are formed, with Ruby giving the cranky exchanges an injection of humour.

The dialogue gets more serious, when a ‘rape list,’ is discovered in the back of one of the boys’ stalls at the school – and one of the girls on the list, is Martha’s daughter, Sinead.

“That’s a true story,” says Eithne. “It happened a few years ago in Cork, and it stayed with me. It could be just boys being stupid, but at the same time it’s sinister, and such an assault on those girls, even though nothing physical happened.

“Lots of stuff like that fed in. Every time I start a book, I don’t know how to write it, because it works out differently every time. I have the strong image, and the idea, but no clue of what connects them, or what will happen in the middle or who the other characters will be.”

The finished product is seamless. As the novel progresses, unforeseen connections emerge between the inhabitants – and after a clever, and totally unexpected twist, the novel ends happily, with all those who deserve it, getting their comeuppance.

Her next novel, however, has proved more difficult.

“It’s been harder because of lockdown,” says Eithne. “I had my kid in August 2019 and went back to fulltime work three days before Leo Varadkar announced the lockdown from Washington. I couldn’t do anything for the next six weeks. I was, obsessively, checking the news. And when I’d got over that, writing was, still hard.”

And that wasn’t only, because she now had her son, Ruan, to contend with.

“I don’t think it was a good year, creatively, for anyone,” she says. “Because you didn’t overhear conversations or see people to spark ideas. Life was repetitive. There was nothing new to excite your mind, and in those circumstances it’s hard to make anything creative – and especially something funny and fun. But I got there in the end!”

As if Eithne’s life wasn’t already busy enough, she makes time for other projects. In the past she has co-presented an Arts show for BBC Northern Ireland, and a music show for TG4. And two years ago, after interviewing Lyn Graham, a Mills and Boon author from Northern Ireland who had sold over 45 million books yet was generally unknown, she pitched an idea for a documentary. It was put forward for funding, but never got made.

“I had a lot of journalism on at the time; I was trying to finish the first draft of my fourth novel, and I was pregnant again. The morning sickness had just hit – and it was so bad. Much worse than the first time. I said, ‘yes,’ because you should take these opportunities, and we went and filmed. I told the crew I was pregnant before I told my family and friends. I had to because I was sitting there with my head between my legs.”

Being a parent, she says, has given her a sense of perspective.

“My mantra is that you need to enjoy the everyday stuff; the work; the washing your kid; even the cleaning up, because there is no end to it. There was a stage a few years ago where the worst thing I could imagine would be putting out a book that I thought was terrible. Now, the idea that I am a terrible parent would be way worse!”

Life is good, now that she and her partner have their own house in Drumcondra, with their second child due in July. And she now appreciates the benefits of her local WhatsApp group.

“I, too, am invested in local obsessions,” she says. “Someone has a dog, and it’s been pooing all over the footpath and our WhatsApp group is incensed! I’m incensed and think that’s quite legitimate!”

Published in The Irish Examiner on 3rd April.