David Dunnigan is a mess. A criminology lecturer at Maynooth University, he also works as a consultant for the Garda special investigations unit in Dublin; but he’s hanging on to both jobs by a thread. His family won’t talk to him, and, being somewhat lacking in emotional intelligence, he doesn’t have friends, or a romantic attachment.

This is all because of an event eighteen years earlier. It was Christmas, and David took Beth, his beloved niece, on an annual shopping trip. But, listening to buskers, the four-year-old let go of her uncle’s hand, and in seconds, she had vanished. He can’t forgive himself. 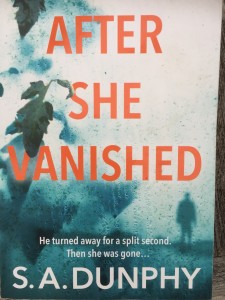 With this background, his interest is piqued when his boss asks him to track some of the ‘disappeared people’ – all who were homeless.  In his investigations, he comes into contact with an unconventional priest – and through him, with Harry, a young boy who has ‘lost’ his parents. This debut charts Dunnigan’s efforts to track the missing names, a quest which leads him into some extremely dangerous places. But who is the yellow man, and where are the missing going?

This is an accomplished rollercoaster of a read with delightfully unconventional characters. These include Miley – a man with Down Syndrome who shows Dunnigan a thing or two about friendship and kindness. Shane Dunphy has written a raft of factual books, based on his experience in child protection, and he has used this to lend authenticity to his first foray into fiction. The novel retains his campaigning spirit. I look forwards to meeting the flawed, yet fascinating Dunnigan in the sequel.

I Found My Tribe – Ruth Fitzmaurice. Chatto and Windus.

Some years ago, the young filmmaker, Simon Fitzmaurice, was struck down with Motor Neurone Disease. Becoming famous when he filmed My Name Is Emily, appearing on set every day, even though he survived on a ventilator and talked through an eyegaze computer, he then wrote a memoir – It’s Not Yet Dark.

Published in 2014, this extraordinary book was full of love – for his children, but mostly for his wife, Ruth. Reading it, one couldn’t help but wonder what the marriage was like for her. How would it be to watch the man you love deteriorate – and to face an uncertain future?

In her beautifully written memoir, Ruth Fitzmaurice tells it like it is. Searingly honest, she talks of the pain; of the frustrations of sharing your home with a team of carers and nurses, and of the murderous thoughts she sometimes has towards the husband she loves. 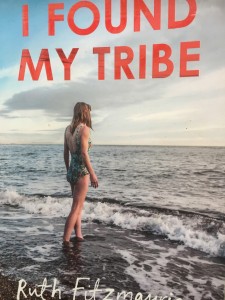 Then there are the questions from her five children – including the twins born after Simon was put on a ventilator. ‘Will I ever get Meuron Disease?’ ‘Why can’t Dadda talk or walk? Is he sick? Is Dadda ok?’

We learn of Ruth’s night-time panics; of her moments of despair – yet this is no dark read.  Ruth’s spirit comes shining through. Hating pity, she doesn’t feel ‘brave.’ But there’s no messing with her. When a car beeped impatience when, with Simon on board she was driving slowly, she got out at the lights, and kicked the offending car, yelling abuse.

Ruth talks of her childhood as a doctor’s daughter; of her growing relationship with Simon and of the earlier days of his illness. But it’s her coping mechanism – her tribe of friends, and their newfound passion for sea swimming that holds the narrative together.

The book stems from an article Ruth wrote for the Irish Times back in January 2016, talking about The Tragic Wives Club, and the thrill and solace they get from throwing themselves into a numbing sea. The article went viral, and, recognising innate talent, a publisher contacted Ruth, and a deal swiftly followed.

It’s no surprise that from its publication to the time of writing this, I Found My Tribe has headed the nonfiction bestseller lists.  Ruth is a born writer. Gifted, bold, and instinctive.

Fifteen-year-old Emerald has a perfect life – on the surface at least. One of the most popular girls at her Somerset school, she is beautiful – has an enviable boyfriend, and a glamorous lifestyle. But could snapchat be hiding the real story?

In truth, life is starting to unravel. After a crisis at home, her mother ends up in rehab – so instead of enjoying a carefree summer of parties, Em is sent to her grandmother in a seaside suburb of Dublin. It feels like the end of the world. Social media become her enemy, showing her the fickleness of her friends. As for her boyfriend, he soon finds distraction.

The teenager has nobody to talk to. Her father, back in England, is too busy to take on his daughter’s problems; her mother is beyond her reach, and her grandmother would never understand. 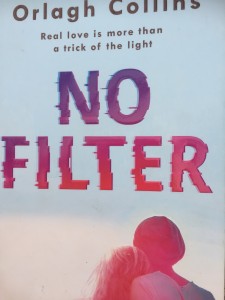 One evening, walking the beach, throwing stones into the sea, Em meets Liam, along with a group of like-minded friends. After a tentative start, the two become friends – and then romance blossoms. But when Liam’s father discovers who Em is, he forbids his son from seeing her again. Can the two overcome the adult’s prejudice?

This YA debut had me gripped from the start. Collins has a background in films, and her writing shines. She enters into the teenage mind with such insight, and seems to care deeply for the characters she portrays. Liam and Em really believe in each other, and they grow along with their love, throughout the novel. Back at school, Emerald will never be subjugated again.

It’s a kind of modern day Romeo and Juliet, complete with a balcony scene, but without the tragic ending. I simply adored it and would highly recommend it to anyone – teenager or adult. 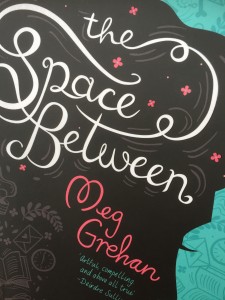 This delightful offering from Little Island tackles the troublesome area of anxiety and depression. But it does so in an accessible, and quite tantalising way. It’s 31st December, and Beth has made herself a promise. For one year, she can stay in the safety of her home, with no need to push herself beyond her comfort zones.

This involves planning and schedules. She must get up at 8.00, have breakfast, shower and tidy at a specific time, and in a particular way. In-between times she reorganises her beloved bookshelves, lovingly picking a book to read or reread. This way, she can keep her panic at bay.

All goes well for a month or so, but then the demons invade her still further. Exhaustion ensues.

started to feel too heavy to hold up

Everything started to get darker

Just when it feels as though light will never shine again, Beth meets a dog called Mouse. Nosing at her window, he makes her smile – and when his owner, Alice appears, Beth slowly lets down her guard. Soon she is living for her friend’s visits. Will love heal her, and what will the new year bring?

I adored this gentle love story – which shows how, with understanding and support, it’s possible to release someone from severe mental anguish. Written in verse, in a stream of consciousness, it’s accessible, sweet, and somehow magical. This would make a perfect gift for someone battling with depression, or for anyone who wants to understand the condition better.