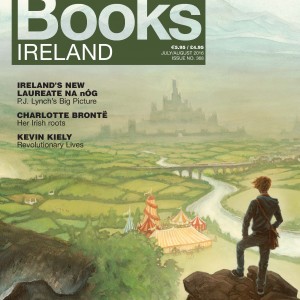 When Jasper Curtis returns home to the small prairie town in Texas having spent ten years in the Huntsville State Penitentiary, his sister, Lizzie welcomes the brother she once adored, yet she is wary of him. How will his presence affect her two daughters, the teenage Katie, and young Joanne?

The townspeople share Lizzie’s trepidation. But unlike her, they are not willing to forgive Jasper. So, although the ex-prisoner swears he is done with trouble, that’s not enough to stop the outpouring of hatred that threatens to bubble into violence.

The local Reverend is perturbed when Jasper turns up at church. In his sermon, on the subject of forgiveness, he stirs up trouble, declaring that not everyone in society deserves to be utterly absolved.

Along with the reader, Joanne doesn’t know what crime her uncle committed, and the two develop a tender friendship. This glimpse of a softer side of Jasper is welcome. But are his intentions entirely honourable? What exactly, was his crime? This withholding adds a layer of mystery which adds to the novel’s page turning appeal.

The beautiful Katie, meanwhile, doesn’t share her sister’s faith. Her uncle’s presence causes tensions between her and her boyfriend, Josh; and when he involves her in the townspeople’s plans, family tension builds further.

It is difficult to believe that this atmospheric, literary page-turner is a debut novel. The Irish based American author has an uncanny eye for detail, a natural sense of pace, and a superb feel for the nuances of human frailty. Probably the best debut I have read so far this year, this novel deserves to be garlanded with awards. We’ll be hearing a lot more from this talented new star.

When Southside teenagers Stella and Laura rescue their classmate, the beautiful, generally poised Amanda who, out of it on drink, is being molested by two boys at a disco, the three become unlikely friends. Mesmerised, Stella and Laura embrace the world of glamorous parties, which continue when the trio leave school and make their way through university. But an end of term party changes things. Does their friendship have a limit?

This coming of age debut explores the nuances of class. Through the girls’ differing backgrounds – Stella comes from a traditional professional family; Laura from a bohemian one – the two are at once spellbound and appalled by the excesses of Amanda’s social climbing parents.

The novel starts some years on, by which time Laura has become a journalist, and  Stella, a successful New York lawyer. The two rush to London, to the aid of Amanda, who is in deep trouble, and not, it transpires, for the first time. Can the friends save her, before it is too late? Do they even want to?

I adored this intelligently written debut. It’s a clear-eyed look at loyalty and friendship, and how the events of your teens can impact on the person you become. What happens if you have everything you could want? Can it be that sometimes everything is not enough?

A journalist, who has ghosted three books, and written a memoir, How to (Really) be a Mother, Hourican had already proved that she can write. This novel, which is reminiscent of the writing of Kathleen McMahon and of Sarah Bannon, proves that her eye for character, dialogue and pace match her writing ability. I loved this novel. It kept me happily entertained during a four hour delay at Gatwick airport.

Kate McQuaile. What She Never Told Me. Quercus

When Louise Redmond’s mother dies, she is distraught. The grief is bad enough, but what’s worse is that her mother took her secrets to the grave. And Louise is desperate to know who her father is. As she starts her quest to unravel her mother’s past, strange memories surface sending her into a tailspin.

A music teacher who once dreamt of being a professional singer, Louise’s marriage is on hold.  She becomes obsessed by a memory that makes no sense. She constantly conjures a picture of a young child, standing on tiptoes, posting a letter to Santa. And when a post-box in a square in Crumlin gives her a sense of déjà vu, she suffers a minor breakdown. Just what is Louise suppressing and what does it mean?

Whilst she is unravelling her mother’s secrets, she continues to hide her own past. Will this, along with her obsession to find the truth result in a total disintegration of her marriage to Sandie?

With similarities in tone to the books of Karen Perry, Liz Nugent and Susan Stairs, this book falls in that new genre of Grip Lit. The characters sometimes exasperate. Louise, in particular can be frustratingly obtuse, yet you end up rooting for her; hoping for that – if not quite happy – then certainly for a satisfactory ending.

The author is a journalist and a graduate of the Faber Academy, and this is a beautifully written page turner which is lifted by the backdrop of music and psychiatry. And if I guessed the denouement early on, and felt frustrated that the truth hadn’t occurred to the characters, that did not detract, too much, from my enjoyment of the book.

After years of struggling, Cork writer Adam Dunne has sold a film script to Hollywood; at last he can commit to his long-term girlfriend, Sarah. Before the money is in, so allowing him to propose, she sets off to a conference in Barcelona, and she fails to get in touch. Under duress, Sarah’s best friend tells Adam that Sarah has met someone else, and was planning to leave him.

When she doesn’t return on the allotted day, Adam discovers she had taken a cruise; and on a ship from where another woman disappeared a year earlier. Did Sarah abscond of her own accord, as the Gardai believe, or has something more sinister happened to her?

As Adam turns detective in a desperate effort to learn the truth, he learns of yet more women who have similarly disappeared. Will his exploits put his own life in danger?

This is Catherine Ryan Howard’s debut novel; and her first book with a traditional publisher, but she has already self-published three books, including one on the art of self publishing. This experience shows.

Distress Signals is a well written, page turning read, with a number of red herrings and some surprise plot twists. The characters don’t always convince, but it’s an engaging thriller written with authenticity and aplomb from a writer who knows her craft, and who clearly has a bright future. On publication, this debut was optioned for TV.

Set in South Belfast, Vinnie’s Wilderness opens when Vinnie, a teacher, returns home to find her gloriously wild garden bulldozed down to bare earth. A divorcee with a young daughter, she is devastated.

It turns out that the proposed revamp was ordered by Mr Masterson, husband of Vinnie’s glamorous friend, Alex. But why would he do it? What has Vinnie ever done to him, to deserve this?

The book then goes back a few months, to the time that Alex appeared with her son, Denzil, asking Vinnie to coach him through the eleven plus. It soon becomes clear that the boy will never pass the exam, but Vinnie does her best, liking the boy whose imagination appeals to her. Soon he strikes up a friendship with Vinnie’s daughter Roisin. The two spend happy hours of inventive play outside in the wilderness.

I loved this gentle book. It moves at a slow pace, but that, in itself, came as something of a blessing. It made a pleasant change from the rash of over plotted fare being dished out by publishers right now. It kept my interest, and taught me a great deal about the nuances of society in modern day Belfast.

At its heart there is an important issue; it shows the strain that the educational system in the North can cause those who do not fit into the regime. It’s about past pain, and current relationships,

The author, a primary school teacher, has previously published poetry collections, which explains the pleasantly poetic writing. This gentle novel of friendship, reinvention, fractured relationships, and the other divide in Northern Ireland – that caused by class and the eleven-plus exam, is written with panache and style.