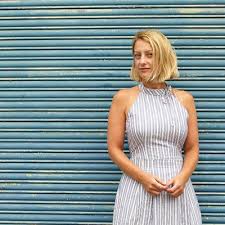 When, at 17, Christie Watson applied for nursing, her prospects for success seemed slim. Fresh from a few wild years, the early school-leaver fainted at her medical, at the sight of her own blood. Later, arriving on her first ward – in mental health – she was hoodwinked into believing that one of her patients was her supervisor.

And if she found the sight of her first dead body difficult, her first birth left her so overcome with emotion, that she had to lean against a wall whilst she sobbed, hysterically. Not, perhaps, the greatest start.

Yet it is clear from reading the exceptional narrative of The Language of Kindness that Christie was the very best of nurses. As she takes us through the, often traumatic experiences of nursing the poor – the elderly and the extremely sick children she encountered, it’s obvious that her compassion, sympathy and all round brilliant care knew no bounds.

Its less surprising that Christie is a successful writer. As a book mad child, she was almost run over because she was reading in the road. But quite how she combined writing and nursing is a real puzzle. Especially as she was also a mother of young children.

“I didn’t think about writing until my daughter was born,” she says. “I was on maternity leave and had a bit of time, so I signed up for a beginner’s creative writing course. Everyone was really friendly, and I fell in love with it.”

She applied to the MA at the University of East Anglia, sending a story she had written, and was accepted. She travelled from London to take the course whilst working two days a week in community care.

“I couldn’t afford not to,” she says in explanation.

She dismisses people’s surprise at her combination of two, seemingly, incompatible professions, and says that in her mind, nursing and writing are similar.

“You learn to nurse by nursing and you learn to write by writing,” she says. “Both jobs are about storytelling, and in both you are searching for questions and answers about life.

“There’s a large element of philosophy to nursing. We’re taught to practise reflection. It’s about thinking of your actions and how they might have affected others, and what you could have done differently. What was at the heart of the situation?”

Following the MA, Christie wrote two novels which were informed by her experiences on the ward. Widely acclaimed, the first won the Costa Award. With this success, what made her turn her hand to a factual account of nursing?

“I had been a nurse for a long time, and six years ago, when my dad was dying, as a relative I was on the other side. It was amazing watching his nurse and seeing him receiving such excellent nursing care. She gave him dignity and all the things that you want at the end of your life, and all the things everyone deserves. It made me realise I wanted to write about nursing, but at the time I was thinking about fiction.”

It was her agent who suggested that Christie should write a non-fiction book about nursing. The writing came easy, which is just as well since she was given just five months to complete the task.

“It came out in a rush. I thought I would use my reflection journals, but the most interesting things I’d experienced were in my head. I wrote the chapter about my dad and oncology in about two hours, and I don’t think it was edited at all. It just shows that if something is written from the heart it can come very easily.”

It’s a wonderful read; heart-breaking, funny, honest and illuminating. As a former student nurse – from back in the seventies – the account showed me not only, how very different the job has become, but how extraordinary modern nurses are.

“Our patient population is so different from what it was, and patients don’t come into hospital with something necessarily treatable, or easily treatable. They come in with physical and mental and emotional illness; they experience poverty and housing needs and loneliness and old age; with spouses who have problems like dementia.

“A typical patient has dozens of different issues all at once, and often they are not medical. And those can only be helped by really good nursing care. It’s patients that matter. We will all be a patient one day, and that is what we need to remember and value.”

It’s no wonder that, according to Christie, most nurses experience burnout. There are also moments of compassion fatigue.

“I remember a time when my friends said I was changing because I didn’t take their problems seriously. I was working in paediatric care and friends would contact me and say, ‘I’m really worried about my son. He has been crying for about an hour.’ This was really about a cold, and I was working with children who were on the edge of life. It was difficult not to say, ‘If he’s crying he’s probably fine, and a cold is nothing!’”

Christie developed a particular bond with Tia, a small girl who screams in terror when she’s taken to chemotherapy, because it’s given through a mask. But life isn’t all horror. The staff are well aware that nursing children requires being silly.

When Christie is due to leave the ward, her colleagues dump her in a bath full of mushroom soup. A crowd gathers, amongst them, little Tia.

There are other comic moments. In theatre one day, Christie notices a colleague, Jess, is writhing in embarrassment. It transpires that the nurse has slept with everybody in the operating theatre, except for the patient.

I loved Christie’s honesty. And how, arriving at a new hospital, she was looking down on the other nurses because they were flicking through magazines, which she felt was less than professional. When a man in a white coat appeared, she, helpfully, took the doctor round, explaining the condition of all the patients. It wasn’t until he left that the other nurses told her that he was there delivering takeaway chicken.

“There was no excuse at all,” she says, laughing. “I was arrogant. The astonishing thing is that he actually listened to me without stopping me.”

Christie is still a registered nurse, but she no longer works on the wards. She’s turned to advocacy now.

“I’ve spoken at the nursing congress and will continue to talk and write about nursing,” she says.

Her life is still more than full. She plans a second non-fiction book next. But what does she hope for from the first?

“I didn’t have high aims or ambitions in terms of activism or politics; I just wanted to truthfully reflect the life of a nurse. The book is really for people who don’t understand the job. I was also thinking how the arts can influence things. The numbers of nurses are falling so rapidly, and I hope perhaps the book can help. I hope it will do a social good.”

Does she miss nursing?

“I miss being a junior nurse. I miss the days when I had no other responsibilities other than sitting with a patient providing good care. Too early in your career you get caught up with management and teaching and all the other things which were also great, and had an impact on patients, but I miss those days of one to one really good bedside nursing.”

Published in The Irish Examiner on 28th July