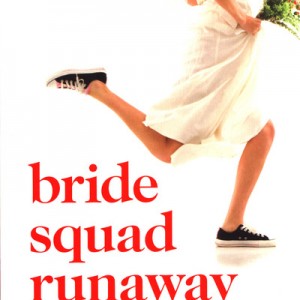 When a friend of Lisa Carey’s called off his wedding at the last minute it got her thinking. His bride to be was in her late thirties and had given her fiancée the best years of her life.

“When a relationship falls apart and you are younger, it’s awful, but you’ve got time on your side. You can move on and get on with it, but the trajectory is different when you’re approaching forty and you want kids.”

The idea stayed with her, and when, later, she and her lifelong friend, the novelist Caroline Grace Cassidy decided to write a book together, she suggested they start with just such a scenario. Caroline jumped at the idea.

“We’re told there’s a path to follow; you have a relationship and babies, and if someone takes that out of your hands, it’s ‘shit! I’ve got to start all over again now!’ It’s a big deal at forty in a way that it’s not when you’re thirty.”

Caroline and Lisa met on the first day of secondary school, at Santa Maria Convent in Rathfarnham. Coming for a relaxed, mixed primary school, Caroline felt out of place, but, meeting Lisa, she sensed, at once, that they had a shared a sense of fun and mischievousness. Living close to each other, the two became inseparable through the teen years of discos.

“We had the nuns tormented,” says Caroline, then, catching Lisa’s eye and laughing, she adds, “But they deserved it!”

After they left school the girls’ paths diverged. Lisa studied business, and worked in a solicitor’s office, and then, having followed Caroline’s advice and studied radio and print media at Ballyfermot College, she won a green card on a lottery and went to California with a gang of friends. She worked in advertising in San Francisco as the dot.com business began to explode, then moved to Los Angeles where she now works as a copy writer and creative director.

“After six months in the states, I met an Irish guy when a double date with some American guys went disastrously wrong. My friend bumped into this guy and brought him over, and we clicked immediately. We dated for eight years and have been married for sixteen. We have a son, PJ who is nine. He’s pure Californian but tells everyone that he’s Irish.”

Caroline went straight from school to Ballyfermot College, but then, deciding to become an actor, talk a course at the Gaiety School of Acting. She had some success, but after 6 or 7 years, finding the cost of auditions prohibitive, decided to try her hand at writing. Since then she’s written six novels, and five short films. When the idea for Bride Squad Runaway came up, she was collaborating on a screenplay with fellow author Ciara Geraghty.

Caroline and Lisa have always stayed in touch.

“We meet maybe twice a year and keep in constant touch. First it was letters then emails, and these days its Facebook messenger. We might talk fifty times a day!”

We’re chatting in the Shelbourne Hotel – which is appropriate, because it was here that the women first decided to collaborate. But they wrote the book from two different continents, as Lisa lives in Los Angeles. How did that work?

Caroline took a research trip to Los Angeles, but there was so much partying, and fun to be had, that the book barely progressed. But that didn’t deter the duo one bit.

“We thought that the time difference would be a major challenge,” says Lisa, “when we were working back and forth, but I’d come back from work and start writing, then kick the manuscript over to Caroline to be ready for her when she got up in the morning.  It was a natural easy progression.”

Bride Squad Runaway is a fun frothy read, but there are issues in there, too. It’s not just Ava, the jolted bride who has her demons to face; her friends, and co travellers on the road-trip have their own problems. Cate is so caught up in domesticity that her relationship with her wife, Lily is under strain and the workaholic Lauren’s job is on the line. Throughout all this, they’d forgotten the importance of friendship – and that is the ultimate message to come out of their rollercoaster ride.

“We were just coming into our forties,” says Caroline, “and it feels very different from being thirty in every way. Most books aren’t talking about the really difficult things we face. We started with the characters. We’d talked about them for some time, and we knew these girls. They’re a mis-mash of people we know; they’re like real people in caricature.”

Both of them enjoyed the comfort of having someone to write with.

“It cut out the isolation of being alone with your laptop,” says Lisa. “And it helped me, being new to fiction writing, that Caroline is a seasoned author.”

They sketched out the story, wrote a synopsis and three chapters, and secured their publishing deal before getting on with the rest of the book. They’ve both loved the process and are now enjoying their publicity trail.

There’s another, rather poignant side to this particular deal. The girls are donating all the royalties to a charity called the Sarah Jennifer Knott Foundation. This is very close to Lisa’s heart. Her mother, Jennifer, died of breast cancer when Lisa, the eldest of four girls was just 15, and her youngest sister, Sarah was four.

That was devastating, but when Sarah contracted cancer in 2013, aged 29, they couldn’t figure out where the cancer had started, and if doctors don’t know that, it’s difficult for them to know where to plan an attack.

“She was eventually diagnosed with Cancer of Unknown Primary, (CUP) and really, not a huge amount is known about it. There are no oncologists in Ireland specialising in it, and we couldn’t find any support or information on it.

“Before her diagnosis Sarah said if she was going to die, she wouldn’t want to know. All through her illness we focused on her getting better. I talked to her for hours every day. We chatted about Big Brother or Posh Spice – everything except her illness. She loved to escape from that. She had 18 rounds of chemo and very invasive radiation, but she died in April 2015. She was 31.”

After her death, family and friends rallied and decided to set up a foundation in her memory.

“We wanted to do what we could. We’re fundraising and raising awareness. Now, if someone is diagnosed, they will know someone has been through it. If it helps one family, I’ll be happy, but I know it will be big.”

The friends have had such fun writing Bride Squad Runaway, that they plan to continue writing together. They hope to continue the friends’ story and write a follow-up.

“It’s lovely to work with somebody twenty-five years after you have left the country,” says Lisa. “And there’s nothing like walking into Eason’s and seeing your book on the shelf. As a first timer, that’s indescribable.”