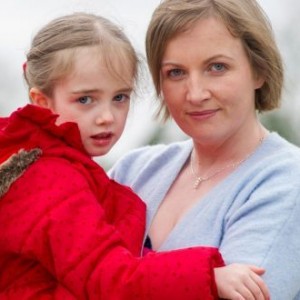 An only child who grew up on a farm, Vera loved the outdoors.

“I was interested in camogie, and I’d read anything. I loved writing too, and had two short stories published when I was at school, but I had no confidence.”

After college Vera worked in sales.

“I started with Avis Car Rental then I slid into dealership.”

She also travelled extensively, to all parts of the world.

When her dad became ill with Alzheimer’s Vera left work to help her mum look after him. She continued to help care for him after her marriage in 2009, and he was still alive when baby Ava developed seizures. Now a Mum of four, and a seasoned campaigner, Vera has been unable to return to work.

Throughout her campaign to secure medical cannabis for Ava, Vera kept a Facebook diary. She was worried about her ability to write a book, but friends saw her talent, and encouraged her.

Who is Vera Twomey?

Place of birth: Aghabullogue, near Macroom.

In Another Life: “My dream is to have a centre where all types of therapies are available. I’d like there to be an educational aspect so that people could learn.”

Second book: “I don’t know if I’ll write another book, but I did enjoy writing it. And there are so many issues out there.”

Suffering from Dravet’s syndrome, little Ava was having constant, sometimes life-threatening seizures, and drug after drug proved ineffective. Realising that medicinal cannabis, (which is illegal in Ireland), would help her daughter, Vera campaigned, protested, walked from Cork to Dublin, and spoke in the EU and the House of Commons. She stopped at nothing to procure this drug for her child.

The Verdict: An inspiring tale of maternal love, courage and tenacity.

Published in The Irish Examiner on 14th December.