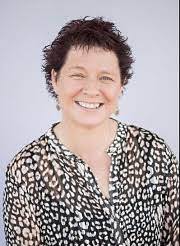 After school, Trish became a nurse – working for five years after she qualified.

“I went to Australia, and when I came home I got married. The following year I had my first daughter and stayed at home. I also minded two other children.”

In 1987, after Trish’s dad died, she began writing detailed diaries including her thoughts and feelings. And in 2012, she began a blog – My thoughts on a page- which attracted both readers and blog awards.

“Four years later The Examiner offered me a humorous column, It’s My Life, which I wrote for two and half years.”

“I was writing fiction, but I met a block.”

Trish realised that before she could settle to fiction, she would have to write an account of the abuse she suffered from George Gibney, as a teenager.

“Initially, I wrote it for my children, but I hope it will help other victims of abuse. I wrote it as short stories, and my agent and editors helped me to weave it all together.”

Who is Trish Kearney?

In Another Life: “I’d love to have been a teacher.”

Top Tip: “Don’t hold yourself back.”

When swimming coach George Gibney first gave Trish special attention, she was pleased. The 13-year-old was aiming for the top – but soon the abuse began. Gibney dominated Trish’s life in a process of entrapment and control right through her teens – stalking her every day.

For years, Trish suppressed her memories. Then a letter from her former friend and teammate, Gary O’Toole arrived, telling of Gibney’s widespread abuse. That led to her ultimate survival.

The Verdict: A powerful story beautifully told; it highlights the damage abuse inflicts, yet the text is never gratuitous.

Published in the Irish Examiner on 27th February.