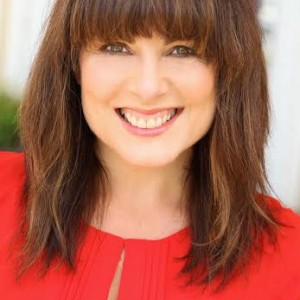 Tara started life as an actor. After college she moved to Dublin and worked in the theatre, acting, and stage managing. In 1995, when she worked with the Nualas, she co-wrote songs, but it wasn’t until she moved to London in 2006 that she started writing in earnest.

“I kept a notebook and wrote every day to keep myself busy between work. I generated ideas that way. Sometimes the ideas became songs, sometimes columns, and sometimes one woman shows.”

A stand up comic, she kept herself mainly on voice work. Now in Dublin, Tara has appeared on TV Stewart Lee’s Comedy Vehicle and Irish Pictorial Weekly. She also makes satirical videos.

“When the book ‘French women Don’t get Fat,’ came out, I got the idea for one titled, Irish women don’t get Cold. Years later I tweeted it, and Paul Howard messaged, ‘You must write that.’ A week later he rang me and said, ‘Ciara Considine at Hachette Ireland is waiting for your call.’

Who is Tara Flynn

The Day Job: Writing at the moment, but I’m essentially an actor. When I write I always think of a live audience.

Interests: I love cinema, music, and walking my dog, Oscar, a cocker spaniel.

Second Book: I’m working on ideas for another book.

Top Writing Tip: Be disciplined. I set my alarm, started at seven, and kept going until I had achieved my word count.

Sub titled, The Irishwoman’s secret guide to life, this is a hilarious look at Irish stereotypes. Intelligently written, it gives a real sense of what it means to be Irish, and shows the Irishwoman as someone who will get everything with a bit of humour.

“Finding something that was funny and kept it’s bite was the hardest thing. I made sure to put a joke on every page.”

The Verdict: A great read. Funny, warm and affectionate.