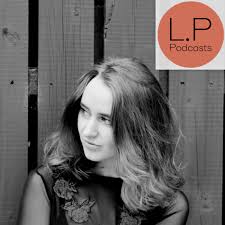 A voracious reader, Susannah got her love of books from her grandmother; but as a child she wanted to be an artist with celebrity status.

“I started writing prose poetry at university,” she says. “The poems influenced the structure of my novel.”

She started her debut in 2016, with no thought of publication.

“It was an impulse. I pictured Derry, and wrote from the claustrophobic inside of a girl’s head. I wrote in the second person to give distance within that closeness. Having found my character, I wanted to write about memory, mutability and fallibility. I just carried on writing.”

Susannah concentrated on poetry and short stories during her MA, writing her novel on the side.

“I love that multi-disciplinary work, and the way each thing feeds into the other.”

A story was shortlisted for a prize; Susannah met the judges at the awards ceremony, and one of them, agent Sophie Scard, asked if she had written anything else.

Meanwhile, Susannah returned to Belfast, and worked as a freelance transcriber.

Who is Susannah Dickie?

The Day Job: Currently taking a funded PhD in poetry. “I’m continuing to write fiction on the side.”

In Another Life: “I’d be an ageing dowager who gives unsolicited relationship advice to young women.”

Top Tip: “Choose something arbitrary and become obsessed with it.”

The second person narrator of this wonderfully shocking coming of age tale feels ‘wrong’. She doesn’t fit in and blunders from one disastrous encounter to the next – but is she doing herself down? How come her best friend, beautiful, balanced Rachel, sticks by her?

The Verdict: A stunning original debut. Susannah has talent to burn.

Published in the Irish Examiner on 18th July.