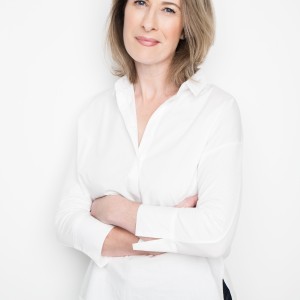 Loving stories, Susan was always sure that she would write, one day. Meanwhile, she travelled, working on Paros in Greece, before moving to Germany, and then Australia.

“I had crazy jobs there. I managed a cemetery in Bondi, and then I was a cook.”

Back in Ireland, at 25, Susan worked for Guinness in the marketing department.

In 2003, during a course with Maeve Binchy, Susan wrote some short stories.

“Then my mother died, and I took time out and moved to Leitrim. I wrote a book in 3 months to see if liked the process.”

Going freelance, Susan wrote for two days a week, and completed her debut. When recession hit, it was back to fulltime work. And she was commissioned to write the history of the Michelin starred restaurant Patrick Guilbaud.

“I met my partner, Stéphane, there. Afterwards I took out the debut and sent it off. Two years later Poolbeg accepted it.”

Who is Susan Ryan?

Date of birth: 11th February,1973 in Dublin. Moved to Meath, then to Gorey, County Wexford.

In Another Life: “I’d love to lecture in English.”

Second Novel: “It’s set in Manhattan. I have the first draft.”

Top Tip: “If you have writer’s block, write anything, then go back and get it right.”

A lone 20-year-old, Saskia watches her neighbours in the Victorian Dublin Square; a mixture of cultures and classes, they never mix – and all, from the immigrant single mum, to the advertising whizz kid, seem lonely. When Patrick Kimba’s mother becomes ill, the neighbours are thrown together, and he changes their lives in unexpected ways.

“I wrote it while I was living in a square in Rathmines. Conversations would echo up. Everyone ignored each other, and I wondered what would bring them together.”

The Verdict: A beautifully written life affirming page turner. I adored it.

Published in The Irish Examiner on 27th October, 2017