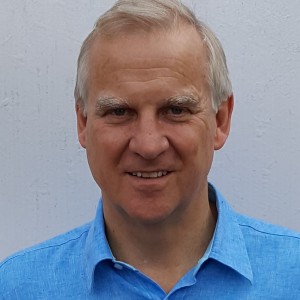 Stephen worked for a start-up in Silicon Valley, and then in London. He turned it into a software company, ran it for 10 years, then sold it.

“Then a friend, head of IT in a French bank asked me in as a crisis project manager. I stayed for five years, going around the world, sorting out trouble.”

In 1996, joining the bank, Merrill Lynch, at the beginning of the dot com era, he worked on sorting out on line broking.

“I stayed through the dot.com blast, and moved to New-York with the bank. Then in 2005, I became CIO of RBS Investment Bank, and remained there until 2011.”

All this time, Stephen was tinkering with writing, doing bits and pieces of stories and books.

“Some were half written. Trading Down is the first one I’ve finished, and rewritten.”

Stephen visited the Yemen in 2007, when his daughter, Florence was there to learn Arabic.

Who is Stephen Norman

In Another Life: “I’d have been an astronaut. I’m very tempted by plans to go to Mars.”

Second Novel: “I’m half way through it. It’s an out and out thriller, about cycling in Columbia.”

Top Tip: “You have to put in the hours. You need to sit down and write for a full four hours; writing for 45 minutes and telling yourself you’ll be back the next day doesn’t work. And polish the first five pages; they’re the only ones an agent or publisher will read.”

When an American data-centre has a meltdown, trader Chris Peters suspects a cyber terrorist. Then, discovering some violent images on a jihadist website, he learns of a tragic story from Yemen’s past. Can he figure out the mystery before the entire financial infrastructure is destroyed?

The Verdict: A fascinating thriller, which throws light on the banking world.

Published in The Irish Examiner on 11th November, 2017.