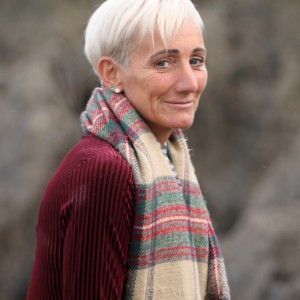 Stephanie enjoyed a wonderful carefree childhood in the Irish tradition, with lots of music in the house; but when her sister married, her brother-in-law started to abuse her.

Leaving school in 5th year she took a course in hairdressing at Guys and Dolls in Clonmel but she didn’t finish her final year.

“I always found it difficult to get closure,” she says.

It took 25 years, a failed marriage four children, and, finally, a stable relationship before Stephanie had the courage to report her abuser to the gardai.

“I always wanted to make him pay, but it was hard. It was the support of my partner, Angelo, who made the difference,” she says. “He said ‘You can do it; just do it.”

With her court case looming, Stephanie suffered depression. Then she took up running.

“I love running when daylight is breaking, and the sun is coming up. I ran my first half marathon 6 months after I started running,” she says. “I trained for 14 weeks. It’s the first time I finished something I’d started.”

Around that time Stephanie became a carer.

Who is Stephanie Hickey?

The Day Job: Carer for her mother, and for the Presentation Sisters.

In Another Life: “I’d like to be caring for old people, entertaining them, on an Island with white sand and blue sky.”

Favourite Writers: “I’ve been reading Shane Dunphy’s books, since he became my ghost-writer.”

Top Tip: “Find a good ghost-writer; someone you are comfortable with, and who gets you.”

Stephanie was stopped in the supermarket by an attractive woman who had heard her on the radio, talking outside the Central Criminal Court having successfully won her case against her childhood abuser.

“The woman said that my words gave her the courage to report her abuser.”

And that’s exactly the reaction Stephanie had hoped for when she wrote her book. It tells of her abuse, of the court case, and of how Stephanie saved herself by running.

Published in The Irish Examiner on 8th February.