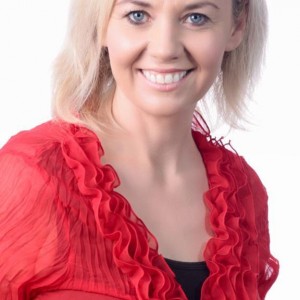 A farmer’s daughter, and youngest of three, Sheila grew up listening to stories of the fifties when emigration was rife.

“My father was a seannachie, and the village I lived in was steeped in drama. I remember sitting on my father’s knee in the village hall watching Sive.”

Sheila applied to do journalism, but didn’t make it.

“I loved arts and makeup, so I trained as a makeup artist in Dublin, and went into beauty and alternative therapies.”

Starting work in Kilkenny, she then opened her own spa.

“I ran it for ten years, then I sold it, and we moved to County Wexford.”

Deciding to change direction, Sheila considered training to be a drama teacher, but instead, took a course in Creative Writing facilitated by writers Suzanne Power and John McKenna.

“They gave me confidence and said that I could do it.”

She published Making Lace, a contemporary novel, through a small digital company.

“Then my agent, Tracy Brennan, said, ‘Write what you really want.’”

“And in the big snow, of March 2018, when we were locked in, I immersed myself into the book. We lived on pancakes and Nutella, and by the time the thaw came, the book was finished.”

Who is Sheila Forsey?

The Day Job: “I give creative writing workshops.”

In Another Life: “I’d live in Rome, be a painter, and sit in coffee shops watching the world go by.”

Top Tip: “Don’t worry about marketing. If there’s a story in your soul, go with it.”

It’s the fifties in Kerry, when mixed marriage was frowned on, so when Victoria falls for a Catholic, they plan to elope. Fate intervenes. Two generations on, after her grandmother’s death, Lainey visits Kerry trying to untangle her family’s past.

The Verdict: A romantic family saga centred on secrets.