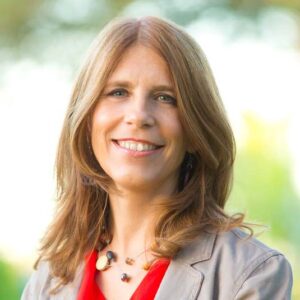 The second of six children brought up in County Wicklow, Sally was an early reader.

“I was always reading,” she says. “I started school aged three. At National School we had to write our news every day. Writing always made me happy.”

Sally trained as a nurse at the Adelaide Hospital in Dublin.

“I stayed on nursing until I was married – then, when I’d had my first baby and moved to Shankhill I continued nursing at weekends.”

In 1995, the family moved to Austin on a lottery visa.

“I avoided work, but in 2008 I joined an online writer’s forum that had a weekly challenge. It was friendly and supportive, and I learned what was good and what was not. I also learned about proof reading and editing. Three years later I self-published my first book – a collection of flash fiction stories.”

She followed that up with three books all based on self-coaching.

“Then I took a life coaching course.”

Who is Sally Hanan?

Education: Rathdown School, as a boarder.

In Another Life: “I wouldn’t work. I’d have a housekeeper, a cook and a gardener, and I’d travel, and eat out a lot. I’d write, and I’d read a lot more.”

The Day Job: A freelance editor and publishing coach.

Second Novel: “I’ve signed a contract with Level 4 Press to write some novels for them. (They supply the plots and offer support throughout the writing process.) Hate Radio is the first.”

When Una leaves her rural home for Dublin, cutting ties with her friends and family, her sister, Ellie, doesn’t know what to think. The rift continues until Ellie becomes seriously ill – and it’s then that Una’s reasons become clear. But why has she kept things secret, and what made her keep those she loves at arm’s length? Can she remedy things before its too late?

The Verdict: A heartfelt story with a message of hope.

Published in the Irish Examiner on 23rd April.