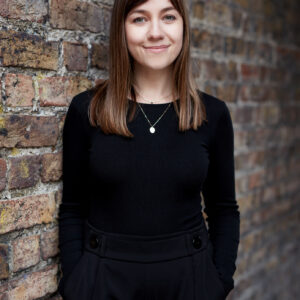 “I wrote my first novel at 12 – it was about the 1916 rising, and my second as a teenager. I loved drama and ballet, always, but studied law to get a good degree.”

Graduating in 2011, Rosemary took a job in law. She qualified as a solicitor and worked in litigation. Then, after taking an MA, she switched to policy work for NGO’s.

“I worked for the Irish Refugee Council, and more recently, for Focus Ireland.”

She started writing again during her MA, completing three novels, the third of which gained her agent. Hayley Steed

“It went to the London Book Fair in March 2020 but wasn’t published.”

She wrote The Truth Will Out during the first lockdown, as an escape from her hectic day job, completing it in six months. She quickly gained a two-book deal.

Who is Rosemary Hennigan?

The Day Job:  Fulltime Writer since September. “Including a bit of freelance writing.”

In Another Life: “The freedom to write anything – without worrying about finance. I’d like to try screenwriting and playwriting as well as novels.”

Second Novel: “The first draft is currently with my editor.”

Dara Gaffney is thrilled when she lands the leading role in the revival of Eabha de Lacey’s controversial play. It’s based on the mysterious death of a teenage boy – a death witnessed by Eabha and her brother.

But what is the truth behind that incident – and why is Eabha so keen to keep the controversy alive? As the cast become increasingly subsumed into Eabha’s life, the past begins to stalk the present.

“As a lawyer I realised that court cases favour those who are best able to present themselves. I love the idea of the floating truth.”

The Verdict: A finely wrought character study that constantly surprises.

Published in the Irish Examiner on 19th March.