Posted by Sue Leonard on Wednesday 20th May 2015 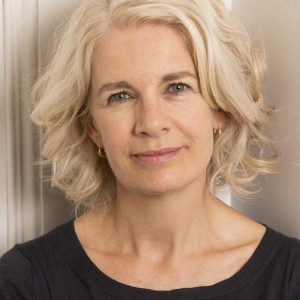 Leaving school at 16, Renee took a secretarial course, with French A’Level, then she started temping at the BBC.

“And I stayed. I worked my way up the ladder, and became a documentary maker. Then I stopped that when I had kids. Once my kids started school full time, I started writing.”

She began with scripts, but had limited success, so then she turned to short stories which she loved. She then wrote a novel, and though it didn’t get published, it did procure her an agent.

“That gave me confidence. Then a friend of mine suggested I do the Faber course in Creative writing with Richard Skinner. And it was there that I wrote Disclaimer.”

The book has sold all over the world, and the film rights have been sold too.

Who is Renee Knight.

Interests: “I love walking, either on my own or with friends. I go on walking holidays. I love cinema too.”

Second Novel: “I will be working on it soon.”

Top Writing Tip: “This came from Richard Skinner. He said write your first draft, then put the book away for as long as you could bear. Then you see it with fresh eyes.”

Catherine has a secret. And when a book appears in her house, telling a version of the events she has kept to herself, and tried so very hard to forget, she is terrified of being discovered. When she realises that the book’s disclaimer, has a red line running through it, she knows for certain that the author based the main character on her.

“I got the idea when I was writing my first novel. Elements were based on a friend of mine, and I thought, supposing it got published without me telling her about it first? That  idea just stuck with me.”

The Verdict: A clever, compulsive rollercoaster. Unable to put it down, I read it through the night.

Published in The Irish Examiner on May 16th 2015