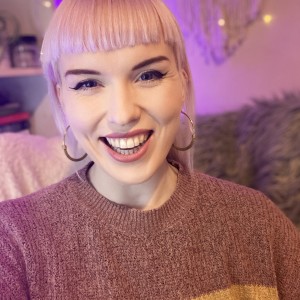 Rachel has always wanted to be a novelist. She wrote her first book, running to 16 chapters, when she was at primary school.

“I was always into imaginary worlds,” she says.

After University, Rachel hopped from one job to another, working in retail and in childcare, as well as spending some time on the dole.

“Life wasn’t always easy, but it was educational. I learned a lot.”

“And I did a part time internship with the Big Smoke Writing Factory,” she says.  “I did one shift a week, in return for as many writing classes as I wanted.”

Having been a dedicated writer from the start, it has felt like a long road to publication. She completed her first manuscript at 19 and has written a further three over the years.

“There are times that I’ve felt fatigued, but ultimately it’s been good for me. I was figuring out genre and voice before, finally, I realised my natural area was psychological suspense.”

Signed with her debut by agent Marianne Gun O’Connor, she has since had stories published in literary journals. Hidden lies sold to Canada first, and has since sold to America and the UK.

“Nita Pronovost, my editor in Canada made the book so much better. She’s amazing!”

Who is Rachel Ryan?

In Another Life: “If I wasn’t putting all my energy into writing, I’d be a social worker or a therapist.”

Second Novel: “I’ve written a manuscript; I’m pleased that I’ve finished it, and I hope it will become my second novel. If it doesn’t, I will write another.”

Top Tip: Read a lot and write a lot.

When Cody says he’s met his ‘new Granny’ Georgina is bemused. Her Mum has died. Is Cody imagining this, or are sinister things happening?

The Verdict: A brilliant twisty page-turner. I read it in one sitting.