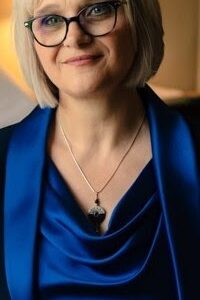 As a teenager, Pauline wanted to be a journalist. She had an article published, and at 16, blagged her way into an interview with U2. But a careers meeting with local journalists put her off.

“I went into teaching because all my friends were,” she says. “I taught English and History in an all-boy’s school for 31 years but had a career break working for the union ASTI.”

Pauline wrote throughout this time, taking endless courses at the Irish Writer’s Centre and workshops everywhere – and she met many people in the industry.

“They were always so friendly, and kept in touch,” she says.

Her breakthrough came in 2015 when she won the Penguin Ireland/RTE Guide Short Story competition.

Pauline has been obsessed with Charlotte Brontë since visiting Hawarth as a teenager. Her first, unpublished, novel – a contemporary tale about an amateur dramatics group putting on, Wuthering Heights, was a runner-up for the Novel Prize in 2019. Charlotte and Arthur started out as a PhD project.

“My supervisor advised me to go away and ‘just get it written’” she says. “I had written the first three chapters when lockdown happened. By November I’d finished it.”

Leaving teaching in 2017, Pauline set up the Kildare writing centre, and is currently running classes on Zoom.

Who is Pauline Clooney?

Date of birth: 1965 in Manchester. Moved to Portlaoise as a baby.

The Day Job: Writer and teacher with Kildare Writing Centre.

In Another Life: “I’d be acting. I love amateur dramatics. I won best actress in Castleblayney”

Top Tip: Read and keep reading, including the genre you’re writing in.

This delightful novel tells the story of Charlotte Brontë’s marriage to her father’s curate, and her delight in their honeymoon in Ireland.

Published in the Irish Examiner on 9th October