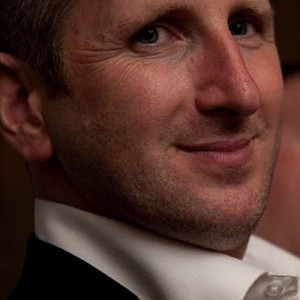 Paul tried accountancy, but then switched and worked in a bank for a while, before going into the IT industry.

“When I was working for Intel, I returned to college, and studied Interior Design. My first job was in a huge engineering company. Then I jumped around practices, working as an Interior Designer and Architectural technician.

“While I was there I took a creative writing course in Naas. It changed my life! I realised that writing was what I wanted to do.”

Three years later, when the financial crash of 2008 left Paul jobless, he threw himself into writing.

“I’d written a third of a novel. I finished the first draft in six weeks. Then I started rewriting, and sending it out.”

He met agent Ger Nichol at writer, Liz Nugent’s first launch, and, after asking for a rewrite, Ger started sending it out.

“She didn’t succeed though we got very close. I shelved the book, but later, decided to self-publish.”

Paul is also a film producer and script consultant. He worked on Fair City, and, in April 2017, his debut feature film, The Gift, was released in Irish cinemas.

Who is Paul Fitzsimons?

Family: His father, Michael, who died in 2017, was a huge creative influence. “Mum is a retired English teacher. She proofread the book.”  Sister and brother. Nephew, James, 5, and niece, Alice, 3.

In Another Life: “I’d be a rally driver. Dad was a rally navigator, so I grew up on cars.”

Top Tip: Keep going. “Live by the quote, ‘No is not the opposite of yes, It’s part of the journey to yes.’”

Detective Kieran Temple is woken by his ex-girlfriend, Mia. It’s 4.00 am, and she’s just killed her boyfriend. Was it in self-defence, or was Daniel not as bad as she portrays?

The Verdict: A pacey, complex tale with a large cast of credible characters. Keeps you guessing.