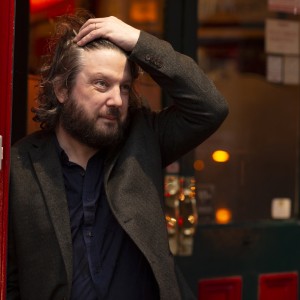 Patrick wrote songs as a teenager, but didn’t get down to writing prose until his twenties. His energies, at the time, were focused on his band.

“I was doing other jobs – including bits of journalism,” he says. “And I knew I had what it takes.”

In his thirties, he buckled down to journalism, and although he loves reporting, and learning about the world by talking to strangers, he is best known for his humourous writing, particularly in his Irish Times column.

Three or four years ago, Patrick wanted to try out different kinds of writing.

“I wrote some short stories – something I am still learning to do,” he says. “And I sent an essay, Brain Fever, to Brendan Barrington for the Dublin Review. He liked it and asked for more. Whenever I wrote an essay, I’d fire it off.”

Last year, Patrick took a few months off to write.

“And in March, Brendan said, ‘I think there’s a book in these essays.’ It was two-thirds done. From there it was like compiling an album – I needed to be slow and thoughtful, writing essays to fill the gaps.”

Who is Patrick Freyne?

The Day Job: Features writer with The Irish Times.

In Another Life: A graphic novelist, or a psychotherapist.

Second Novel: “I’ve a notion to write a book of reporting.”

These beautifully structured essays show all sides of Patrick’s life – from his eccentric childhood, through his mental health struggles, to his work with the Irish Times.

“It was like interviewing myself. I had to pull back from humour in order to explore what the experience had felt like.”

The Verdict: Searingly honest, these brilliant essays veer from heart-breaking to hilarious in the space of a sentence.

Published in The Irish Examiner on 3rd October.