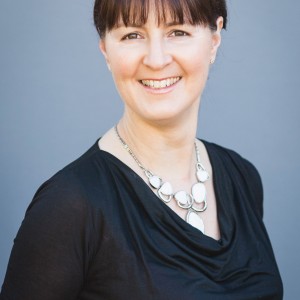 Orla practiced as a veterinary surgeon for 10 years, in England then Ireland, before training to become a secondary school science teacher.

“I was married to a veterinary surgeon who works with racehorses. We both worked all hours.”

Graduating, Orla failed to find a teaching job, then she had 4 children in 5 years.

“I started writing when my father died in 2012. A story I wrote about him developed into a full length memoir. It was like turning on a tap. When I was writing it, I fell back in love with the Northern Irish dialect. I thought about creating a family and writing stories about them.”

She wrote the stories in 2013, and tried to get representation.  Then she heard about the Eludia Award; a competition in America aimed at women over 40 which offered a cash price and publication. She entered the stories and won.

Since winning the competition, Orla has written a novel which was a finalist for the Greenbean Novel Fair at the Irish Writers Centre. Her stories have been long listed and short listed for several awards, and Kildare County Arts Service awarded her the Emerging Writer’s Bursary.

Who is Orla McAlinden?

The Day Job: Mother and writer.

Interests:  Studying classical singing, and PRO of the local choir.

Second Novel: “I’m currently seeking representation for my novel, The Flight of the Wren.”

McAlinden has taken a farming family from Northern Ireland, and through the voices of its members of different generations, has given us glimpses of difficult lives with the backdrop of the troubles.

At its centre is Joan, the Accidental Wife of the title, whose marriage, embarked on with optimism, seems set to fail.

The Verdict: A superb collection of stories with a sting in the tail. Confident and stylish.

Published in The Irish Examiner on 24th September.