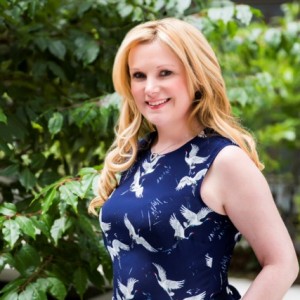 When Nikki was young, her mum bought a receiver for world radio.

“I listened to everything, and became fascinated,” says Nikki. “You could imagine what the people behind the voices looked like. They could be anything you wanted them to be.”

At 15, Nikki started working for a local Pirate station.

“I was drawn to it, because I could be somebody different on radio.”

Starting in East Coast Radio, Nikki quickly moved to Spin, and from there to RTE 2Fm. She worked there for 7 ½ years, for the lunchtime show, before moving to weekends. They let her go in 2010. She moved back to Spin, but last year, due to heavy commitments, she made the decision to go Freelance.

Nikki started a blog in 2014, and in 2016, following a mental breakdown, and an overdue diagnosis of Borderline Personality Disorder, she decided to write a book.

“It was tough to write. I got back into old patterns. And towards the end of the process, my marriage broke up. But I’m glad I’ve written it because it will help people.”

Who is Nikki Hayes

Education:  Loreto, Bray, then The Pre- University Centre for Leaving Certificate. IT in Letterkenny: Legal Studies.

Family: Daughter, Farah, 3. Dogs, Fred and Sandy. “My late dad was a big inspiration to me. He understood me.”

In Another Life: “I’d love to be able to swan off to Monaco without a care.”

Second Novel: “I might write a continuation; perhaps on coping as a mother with BPD.”

Top Tip: Focus. Have support, and be true to yourself.

To the public, Nikki Hayes had it all. A glitzy lifestyle, mixing with Ireland’s rich and famous, and a sparkling career as a DJ. But there was another side to Nikki. One that struggled with depression, panic and self-harm, often spiralling out of control. This account of her life, from childhood onwards, details all those ups and downs.