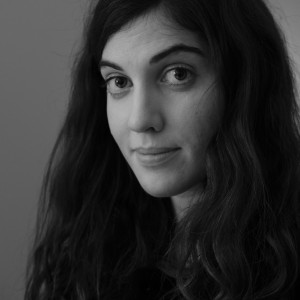 Nicole wrote ‘bad poetry’ and some stories as a teenager but stopped when she went to college.

“I was a better reader than a writer. And I did a lot of theatre as a teenager. I entered competitions and was a complete theatre nerd.”

After taking her MA at 24, Nicole worked in a card shop, and a pub, then became an intern at Lilliput Press.

“Then they gave me a job. It was great. I learned a lot there. I had my first story published in the Stinging Fly. After that I went to New York, and worked in all kinds of jobs, including publisher’s assistant.

“I came home and moved to Galway and decided to commit more to writing. I had two more stories published, and I won The White Review Short Story Prize for Track.”

Declan Meade, of The Stinging Fly asked if he could publish a collection.

“And alongside writing them, I wrote a lot of books reviews, and some freelance stuff. I did some teaching and had a residency at the Irish Cultural Centre in Paris. And I won a Next Generation Bursary. That was a huge boost.”

Who is Nicole Flattery?

Family: “A Boyfriend. Dad was a teacher in Tullamore. Mum was an accountant; my elder sister is a teacher.”

In Another Life: “I’d love to have unlimited focus. And to be interested in music. I feel I have a cultural gap.”

Top Tip: “Remain curious. Read, watch films and go and see art. You don’t know what will spark an idea.”

The Verdict: Unforgeable. A deliciously funny, yet poignant collection to savour and reread.