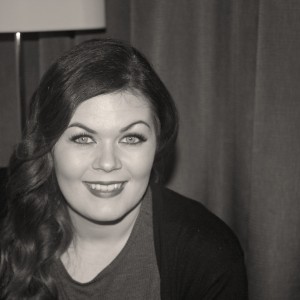 Nicola read and wrote a lot as a child, because there was nothing else to do. After working in magazine journalism, she moved into PR, and worked in the Green Party Press Office.

“I was there from 2005 to 2011. I was the link between the party, the members and the candidate. I loved the job, but it was tough. When I finished there, I took a year off, but I didn’t write.

“I’d taken classes at the Irish Writer’s Centre, and I loved the whole scene, but I didn’t think writing was what I really wanted to do. After that year, I became sales manager in a local hotel.”

In 2014, Nicola had her first baby. Needing something creative to do, she started researching Drogheda in the late 19th Century, and, using the setting, and some true events, she began to write.

“I wrote my first draft in nine weeks. But that was just the start.”

Who is Nicola Cassidy

The Day Job: “I work three days a week, marketing in an engineering company. And I’m a singer in a band.”

In Another Life: “I’d be a successful singer, and writer, whilst looking like a model.”

Second Novel: “It’s also set in Drogheda in the late 19th Century. It was inspired by an advertisement I read in a local paper from the time. ‘Respectable woman wanted for motherless child, 3 weeks old, bottle feeder.’ I recognised the address. I’ve got half a draft written.”

Top Tip: “Consider yourself a writer; make a space and a time. Then keep to it.”

Molly Thomas hasn’t an easy life. After her family’s eviction in Drogheda, she escapes to London, but it’s a struggle to survive. And then, her baby son is stolen from his pram. Will she ever learn the truth?

The Verdict: A beautifully written, highly-plotted debut, with loads of historical detail.

Published in The Irish Examiner on 18th November, 2017.