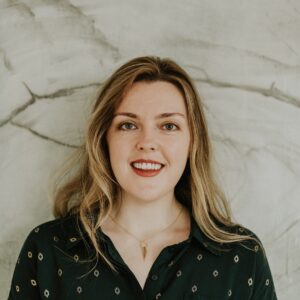 Niamh has always believed that she would write a novel.

“It seemed a very standard aspiration,” she says. “As normal as buying a house.”

After training as a solicitor in a commercial law firm in Belfast, Niamh changed to a boutique American law firm.

“I did the New York Bar,” she says. “For a number of years I lived in Derry, but travelled a lot, and went to all the film festivals. Then, in 2021, I moved back to Edinburgh.”

She started writing her debut during the pandemic.

“I’d spent years waiting for a really brilliant idea to come to me, then I realised that novels don’t require a very twisty plot; a lot are written to be more observational. I thought, why not try?

“I’d been to Cannes, many times, and always thought it would be a good setting for a novel.”

She took the Curtis Brown Creative School on-line course from July to September.

“Then in March, 2021, after having several offers from agents, I signed with Sheila Crowley of Curtis Brown,” she says. “And I got my deal in June.”

Who is Niamh Hargan?

In Another Life: “I’d love to work in a small, luxurious cocktail bar and make gorgeous drinks for people.”

Top Tip: “Divorce yourself from the notion that this has to be best thing you could ever write. Process is what improves you.”

Lizzy is working at the Cannes Film Festival, and is nervous about bumping into Ciaran Flynn, the director of the moment. They were best friends as students in France but haven’t spoken since. When Ciaran asks for Lizzy’s help to salvage his professional reputation, will their relationship thaw?

The Verdict: A gloriously gossipy read, written with intelligence and style.

Published in the Irish Examiner on 30th April.