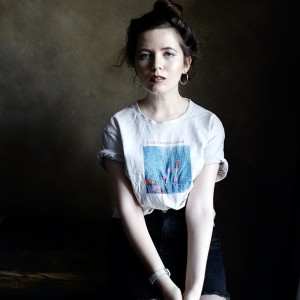 Surrounded by books as a child, Naoise loved reading, but didn’t feel the urge to write until she arrived at university.

“When I left Trinity, I lived in Singapore, and then Hong-Kong, teaching English as a foreign language. And that’s where I wrote Exciting Times.”

That was in 2017. The following year, Naoise took an MA at Oxford University.

“And after that I studied law for a bit, but it wasn’t for me. I might have kept at it, but after a few months, in February 2019, I got my book deal. And writing is a much more pleasant way to keep myself.”

She then lived in Florence for a while. She’s now back in Ireland, but before the lockdown, also spent time in London.  An extract of Exciting Times was published in The Stinging Fly when Sally Rooney edited.

Who is Naoise Dolan?

Home: “I don’t really have a home, but hope to return to Italy soon.”

Family: A sister and a brother.

The Day Job:   “I write fulltime, but I won’t feel like a failure if that ever changes. I don’t like the fact that having an alternative job makes people believe a writer is less successful.”

In Another Life: “I’d play the piano! I don’t really believe in talent, or that its ever too late to develop a skill, but I entertain vague fantasies of really latching onto piano playing, and doing full justice to Chopin’s nocturnes.”

Second Novel: “I have a 2-book deal. I’m editing my second book at the moment.”

Top Tip: “Have fun with your writing. That’s the thing that’s most within your control.”

Living in Hong-Kong, Ava is directionless. She falls into a relationship with Julian, an Etonian banker, but when he leaves on business, she takes up with Edith, who wants far more commitment. Then Julian returns. Will she let each of them know she has another relationship? Must she choose?

Published in The Irish Examiner on 9th May