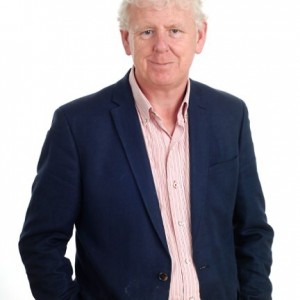 Michael started life as a journalist. He worked for Hotpress, writing news based stories, and eventually moved to Magill. He was at the stage of gaining a staff job, but he’d always wanted to study law.

“For the first five years, when I was studying for the Bar, and when times were lean, I worked night shifts on news at RTE.”

“I was 28 when I became a barrister, and I always meant to write fiction alongside it, but suddenly I was 44.”

He started writing with a TV series, and when that was ignored turned his hand to short stories. He wrote 12, but only sent off two. And those both won the Hennessy  Award; in 2008 and 2010.

He started writing the novel back in 2007 as three linked stories set at different times, but realised, after five years that the structure wouldn’t work.

“So I set it all in the 1980’s and centred it around Wayne’s story. Then it all came together well.”

New Island accepted the manuscript back in February 2014.

Who is Michael O’Higgins

Interests:  Spending time with my sons; walking the dogs, (A water spaniel and a springer spaniel.)

Top Tip:  To have a couple of sympathetic readers who will give you encouragement, but be realistic as well.

Things come to a head when a prison officer is brutally attacked. There’s a trial, but will Roche nail his man?

The Verdict: A brilliant crime thriller. It shimmers with authenticity.

Published in the Irish Examiner on 14th Novelmber.