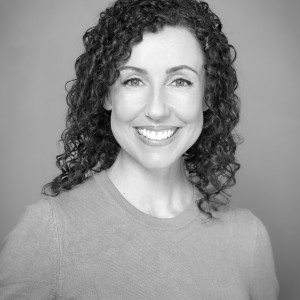 Eldest child of a journalist and a pharmacist, Maura loved the Arts at school.

“We had a drama festival and a musical every year.”

She took drama A ‘level and played the fiddle in a traditional band, but she only discovered her penchant for writing during a college year in San Diego.

“I did a short fiction course and loved it.”

Graduating, Maura worked in an Irish bar in Santa Monica for 18 months.

“I wrote sporadic features on my interactions with various characters I met in the bar for some of the Irish free papers.”

She spent the rest of her twenties going to and from America and Ireland.

“I did a writing MA in Galway, then it was back to the states for another three years.”

In 2017, receiving a Kildare County Council Arts Grant, she wrote her debut.

Meanwhile, she has been working in Dublin.

“It started as a Tech start-up. I’m still here six years later, but my job has chopped and changed.”

Who is Maura McElhone?

In Another Life: “I always wanted to be a vet.”

Top Tip: “Get the words down; then come back and edit.”

When in 2014, Maura returned from America she felt rootless. Moving to Dublin, she secured a job, then a one-roomed apartment, but she still felt unsettled. Enter ‘Jack’ – a farmer from County Kildare. This delightful memoir details all the trials, tribulations and utter joys as Maura acquaints herself with country life, and transforms from a townie, to a full-blown farmer’s girlfriend.

The Verdict: A gorgeous read. It made me laugh, and cry.

Published in The Irish Examiner on 23rd November.