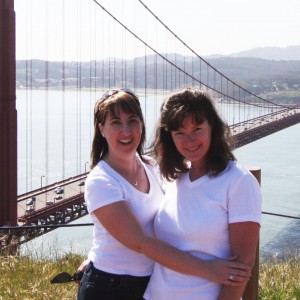 From the moment Mary Phelan and Catherine Conlon met in primary school back in 1974,they have been best friends. But at 18, Catherine left Ireland for an au-pair job in France, and she hasn’t lived in Ireland since.

During that first year, when Mary was studying accountancy, the two wrote long, very frank letters to each other.

“We wrote them over three or four days,” says Mary. “Sometimes we were waiting for something to happen; at other times we were pouring out our soul.”

Since then Catherine has lived in America, and is now married to Rod Miller. Mary finished her accountancy training in Carrick on Suir, before moving to Dublin, to work for Arthur Andersen as the IFC was taking off. She worked for the Sunrock Aircraft Corporation before moving to the Irish Stock Exchange.

Who is Mary Phelan

The Day Job:  Head of Finance at the Irish Stock Exchange.

Favourite Writers:  Sebastian Barry and Tana French. “Back in 1983, Catherine and I loved Maeve Binchy; and we read loads of Mills and Boon.”)

Top Tip:  Have faith in your project and persevere.

When Mary’s mother passed away, she was going through her things and found the 27 letters she and Catherine had written to each other. She typed them up for Catherine, and it occurred to her that other people would enjoy reading them too.

Written in 1983, with Ireland in recession, the letters cover important events like the death of Ann Lovett and the first abortion referendum, but also discuss their love of Chris de Burg, and TV programmes like Dynasty.

They talk of loneliness; shyness; of growing up; of struggling to fit in, of sadness, and of falling in love. But mostly they’re about friendship.

“Times were innocent. We were interested in fashion, but we could still meet friends without dressing up.”

The Verdict: Poignant, funny and highly readable. Would make a wonderful Christmas present.

Published in The Irish Examiner on 7th November 2015.