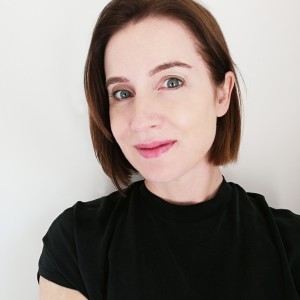 Marianne has always been creative. Her first love was painting, and after studying design she worked for advertising agencies. In 2000, she took a break and studied writing.

“I enjoyed that. It freed my mind, and afterwards I started to do more copywriting at work, as well as design.”

After some years, Marianne decided to work freelance, to give her time to explore other artistic endeavours.

“I worked four days a week, and also tried song-writing. I did some demos for the BBC and played at a couple of music festivals.”

Taking a few day courses at The Irish Writer’s Centre, she wrote some short stories, then she decided to try her hand at a historical novel.

The debut took six months to research, and another eighteen months to write.

“I’m interested in architecture; I’d go on my bike around Dublin, look at the houses and imagine minor lives.”

Marianne found her publisher through being a finalist at the 2019 Irish Writer’s Centre Novel Fair.

Who is Marianne Lee?

In Another Life: “I would love to have been a child psychologist.”

Second Novel: Set in the late 1880’s, based on truth, it’s about an exceptional marriage.

Top Tip: “Don’t try too hard to find your voice. Worry about your characters’ voices, and your own will emerge in time.”

The renowned botanist, Ellen Hutchins, lived in Bantry, County Cork at the start of the nineteenth century. This fictionalised account shows her growth from a frail displaced young woman, into a scientist to reckon with, in a world dominated by males.

“Outside events pushed her life in various directions, so how did that strength of character emerge? That’s what fascinates me.”

The Verdict: A joy of a novel; stylish, atmospheric and highly authentic.

Published in The Irish Examiner on 4th April.