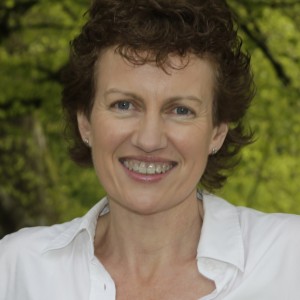 In her early 20s Maria was in a folk group, and she started writing lyrics, and some poetry. But it wasn’t until 2004, when she joined a creative writing group that she started taking writing seriously.

“Calling ourselves the Naas Harbour Writers, we self published a collection of writing.”

After college, Maria worked in charities in Cork, and then in London, where she was PA to a director of The Royal National Institute for the Blind. She married there, and moved back to Ireland when she was seven months pregnant.

“I took a year off to mind my baby, and I never went back.”

Maria got inspiration for her debut novel in 2008, whilst staying at The Tyrone Guthrie Centre in Annaghmakerrig on a library bursary.

“I heard about the resident ghost, and I wrote the historical part of the book. Then I added the modern story. I finished the book in December 2013, and sent it out. I was in West Cork in November 2014, when Poolbeg rang to say they were publishing it. We drank champagne at 11.am. I laughed and I cried.”

Who is Maria Murphy

Top Writing Tip: You have to fill the well, not just take from it.

Take a house in Monaghan; once home to Martha, a governess who left her heart with Edward, a doctor in England. Move on 120 years, when the photographer, Juliet, stays in the house with her new love, Logan Pershaw. There are disturbing goings on that threaten their budding relationship. Can they unlock the house’s mystery and find peace?

* The Verdict: An old fashioned romance with ghostly overtones.