Posted by Sue Leonard on Saturday 2nd May 2015 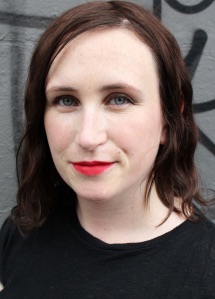 A writer from birth, Máire studied film at college, where she wrote screenplays and short films; then she stayed on in Galway working for the youth theatre.

“I was studying film production at the time, and I hated it!”

Then it was off to Japan, where she taught English, before going back to college to take a Masters in  writing.

“That was when I decided to write prose,” she says. “At the end, a group of us published an anthology, and we kept on meeting, but then I moved from Galway back to Dublin.”

In 2013, with the novel already underway, Máire won the Doire Press International Fiction Chapbook Competition, and as a result published a collection, Your Mixtape Unravels my Heart.

Who is Mâire T Robinson

The Day Job: Teaching TEFAL in a language school.

Top Writing Tip: Don’t worry about the adage ‘write what you know.’ If you begin with the characters and make them as believable as possible, the book will grow from that, organically, and the details will be truthful, even if you have not experienced them.

When Stevie moves to Galway to take a PhD she feels slightly adrift. And when she meets Joe Kavanagh, an artist with equally little purpose they feel a deep affinity. But  can the two overcome their problems and let the romance run its course?

Taking place amongst the misfits of Galway, the book weaves in historical women’s issues, and themes of body image and fertility.

“The novel grew from a short story about Stevie. I’d started two novels before, and feared I would fail again. But this kept getting longer and longer.”

The Verdict: Brilliantly written, this is a superb take on the apathy wrought by recession in Ireland. Insightful and compelling.