Posted by Sue Leonard on Thursday 27th May 2021 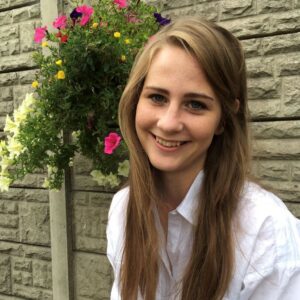 Growing up on a farm in County Kildare, Louise wanted to be Jacqueline Wilson’s editor. But when her mum took her to Easons to meet the writer, she was devastated.

“She just signed my book and said, ‘next,’ says Louise. “I thought we’d chat, and I could tell her how she could improve her books.”

Louise had a tough time in her twenties, suffering with mental health issues. She dropped out of university but returned the following year.

“Reading and writing brought me though that time and connected me to the world around me,” she says. “Writing was a lifeline, but I never thought it could be a job.”

And when Louise did start to take writing more seriously, taking an MA, she was still working at normal jobs.

“I worked in a library, and in a bookshop. I was a terrible waitress for a time, and I milked a lot of cows.”

When her agent suggested she might be able to write fulltime she was disbelieving.

“I was broke, and sitting in a café with my sister when Marianne Gunn O’Connor, rang to say I had a six figure pre-empt deal. It is like a fairy tale.”

Who is Louise Neylon?

Family: “I’m single and live with Mum and Dad, Hilda and Tommy”. (The rest of the family live on the farm too.)

In Another Life: “I’d love to be a ballerina, choreographing my own ballet.”

Top Tip: “Only take the advice that speaks to you.”

I adored this fresh coming of age tale about Debbie, 18, whose home life on a farm is weird. Her uncle is drinking, and her mum is obsessed with her dreams. Debbie fears starting at Trinity Dublin, but through her new friend, the more conventional Xanthe, she learns the safety of family love.

The Verdict: What a talent! In a year of staggeringly good debuts, this one shines.

Published in the Irish Examiner on 15th May.